Swedish musician, feminist, and bi-con, Tove Lo, is set to hit Australia’s shores in just over a month, performing to crowds of music-hungry fans at Listen Out. But now – for those looking for a more intimate moment with their fave – Tove Lo (she/her) has announced headline shows in three major cities: Melbourne, Sydney, and Auckland.

For those unfamiliar with Tove’s work, she’s a powerhouse of sensuality, using her experiences in lust and in love to produce tracks which ooze emotion.

“I’m so ready to finally come back and play Australia and do my first headline show in New Zealand,” the artist says, “they both have a special place in my heart and I’m excited to share my new tunes and new moves.”

And considering we haven’t been graced with Miss Lo’s presence for a number of years, we share those sentiments exactly.

The tour, Tove promises, will be an, “emotional dance party,” and, I, for one, am ready to be sobbing in the moshpit. Care to join?

Following her visit – which begins on September 21, and concludes on October 3 – Tove Lo will release her highly anticipated fifth studio album ‘DIRT FEMME’, which the singer says, “is about me and my relationship with my femininity.”

She explains further, “When I started out as a writer and an artist I used to view my feminine traits as weaker and would enhance my masculine traits to get ahead in life. I feel a big energy shift in my environment since then and this album reflects the various ways my feminine side has both helped and hurt me. I am a pansexual woman married to a straight main. I believe masculine and feline lives on a spectrum in all humans. There’s so many more interesting nuances than most people wanna accept.”

The tracklist boasts an impressive lineup of special guests, including SG Lewis, Channel Tres, and First Aid Kit. It also features the irresistible recent single ‘2 Die 4’, the powerful fan track ‘True Romance’, the triumphant ‘No One Dies From Love’, and ‘How Long’ which featured in the season 2 soundtrack of Euphoria.

So, “get ready for an emotional dance party!” Says Tove. I, for one, am more than ready. In fact, I’ll happily sob along to True Romance in the moshpit. Care to join? 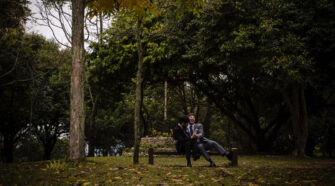