Episode three of Drag Race Down Under is here and – just like Mama Ru’s memory at DragCon – Pomara Fifth has left the building. Pomara (he/she/they) talks about her First Nations heritage, why she and Beverly Kills didn’t gel, and if Molly Poppinz did, in fact, “sabo” her.

For a third week in a row, S2 of DRDU proves that no matter how bad you fuck up (we’re looking at you, S1), apologising can be as simple as tying up your wig, taking a deep breath, and returning Down Undah to give it a red-hot go. From the hot tradies who were packing heat (what’s number ten’s IG handle? He seemed like he had a big…personality), to Yuri’s red eye, to the Red For Filth runway, this episode had me Red-y Steady Cooked.

Winning this week’s mini challenge was Molly Poppinz, who was granted the pot-stirring power of pairing up the queens to host their very own drag brunches. Of course, Poppinz’s intentions were swiftly questioned, with Miss Spankie Jackzon immediately determining she’d been “sabo-ed” by being partnered with Yuri.

And from the outside, Pomara understands that Molly Poppinz looked like the saboteur of the episode. “I can see where it might look like a bit of sabotage,” she explains, “but knowing Molly personally, I know that it wouldn’t have come from a place of malice. She’s very lovely [but] it’s a show, it’s a pressure cooker. You don’t really have time to drag out your thought process.”

In the challenge, however, some duos lit the stage on fire with their comedic chemistry…while some left the judges with the Beverly Chills.

Pomara herself was paired with Brissy Baby Bev, a pairing that landed her in the bottom. Despite this, “I love Beverly, I really do,” says Pomara, “and I think that – in any other challenge – I would have loved to have been paired with Beverly. She has her skills, and she has her talents…but comedy isn’t one of them,” she jokes.

She goes on to say that if presented with the option of choosing her own scene partner, “I probably would have either wanted Hannah, Spankie, or Minnie.”

Guilty of only watching two seasons of RuPaul’s Drag Race before entering the competition, Pomara says her standards were low, explain that, “going into this competition, I only had two goals: to get on the show, and not go home first. So, uh, goals completed!”

Being the second First Nations queen to grace the mainstage – after Season One’s Jojo Zaho – Pomara was determined to carry on her sister’s legacy. Of course, being both Aboriginal and Māori, Pomara confesses that duality added another layer of pressure.

During this week’s runway, Red For Filth, Pomara took the opportunity to celebrate – and defend – her faboriginality, stating that, “it doesn’t matter how much milk you add to tea, it’s still tea, b*tch,” during her confessional.

She deconstructs her analogy, saying, “when you start off with tea, you start off with its darkest form, and then the more milk you add, the lighter it gets. But at the end of the day, it’s still tea. You can’t change that. And that’s the same with me,” adding that if you saw her on the street, “you wouldn’t think ‘oh, she’s Aboriginal,’ unless I was walking down the street with my grandparents, or great grandparents. But I’m still Aboriginal. I’m still Māori. I still have ties with my culture and love my culture.”

“The invalidation of my culture happens quite a lot. And to be honest, like, you’ve got people wanting you to prove that you come from this culture. And I think, ‘really?’ because, really we’re bordering on racist.”

Nevertheless, Pomara explains, “I still think the world is a beautiful place and there are amazing people in it. So, I still hold a lot of hope and positivity for the world. But changing people’s perspective and the way that they view things takes time, you know? We can’t rush that process. It still takes a long time, even if we are in 2022. So, I think with more people like myself out there representing from all walks of life, really shows that the world is not just black and white.”

Sadly, Pomara leaves the competition being the second Aussie queen to get the boot, and third overall.

Though she has gone, we will always remember her for her Charisma, Uniqueness, Neve, and…Tits!

MGG: Hottest Look of the Season (So Far)?

MGG: Hottest Mess of the Season?

PF: Me yelling at Minnie [Cooper] about Dyslexia.

MGG: Hottest Head of the Season?

MGG: Cast Member Who Thought They Were Hot Shit?

Only seven queens remain. Who get the chop, and who will get one step closer to the crown, and that extra fat COVID relief cheque? Find out next week! 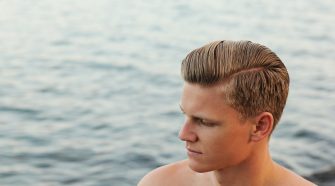