Rian Difuntorum – fashion stylist, drag entertainer, and self-identifying c*nty queen – is breaking the mould at this year’s Melbourne Fashion Week as one of the first (if not THE first) trans woman of colour to walk on a main runway during the week.

Now, if you’re looking at this picture of Rian turning looks and stunting pretty and thinking she looks a little familiar, it’s because you may know her as Aysha Buffet, one of the more established drag queens in Melbourne. 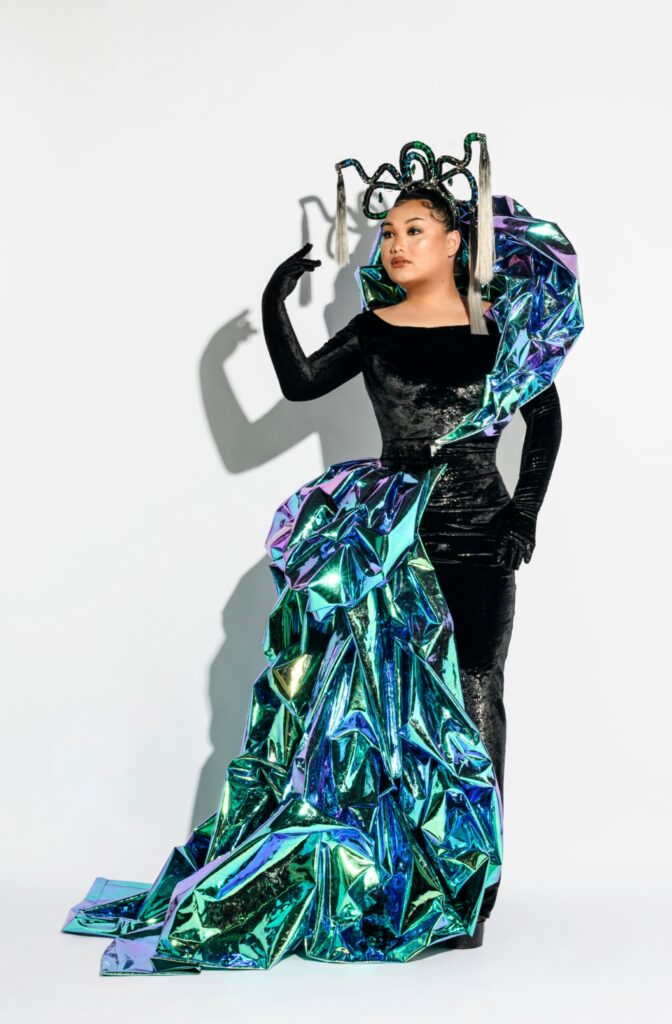 Rian says, “my alter ego’s Aysha Buffet and I’ve been working with Aysha for the last six years full time. It’s been a time and I’m tired, and I’m exhausted. I hate our community. No, I’m just joking. No, I love it. It’s been so much fun. Had I not been Aysha, I would not have discovered Rian. I took me such a long time to come to terms with my transition, but thank god for drag. I was able to be really comfortable with myself and then be like, ‘actually, f*ck the wig, f*ck all that crazy makeup, f*ck the hip pads and f*ck the stockings. It’s just me’”.

Now, being the comfortable queen she is both in drag and out, Rian is super excited to take part in Melbourne Fashion Week in two events – a Fashion Capsule, and a main runway.

Speaking about the Fashion Capsules, Rian says, “I got approached to be part of this capsule about queer voices in Melbourne. And essentially, there’s about eight or nine of us who have designed – or in my case co-designed – a garment to present in this capsule that basically speaks to who we are as queer people. So the dress that I presented is a combination of Aysha Buffet and Rian – a classic, chic, overly fashionable, c*nty looking, black, velvet dress with this incredible holographic artwork that is sitting on my shoulder and down my body, and it really truly speaks to who I am as a person now. I love the fashion element of who I am, and I also love the drag element of who I am as well. So being able to combine them for this capsule was incredible”.

Of course, it’s not just the capsule Rian is taking part in, but the Underground Runway, too, which she says she’s pretty nervous about, “I think it’s gonna be cool,” she says, “I mean, I know I’ve got a mean strut. Trust me, the way I walk from one club to the next on Smith Street…it’s a mean strut. I just don’t know how it’s going to be on the runway”.

But Rian knows she’s in great company when it comes to that runway, explaining, “the great thing about the Underground Runway is that there’s actually a few queeros in it as well. So, as far as I’m aware, I am the only trans woman that has been booked for this main runway, but there’s also a good handful of friends of mine, like Jonty [Knight], who’s an incredible filmmaker, Mikey [Nguyen], who’s also a part of the House of Divine – a voguing house here in Melbourne – and Matisse, who runs an Instagram account called ‘We Eatin’ Good Bitch’ who is this incredible, beautiful human being”.

And to be a part of such an incredibly diverse and representative event means the world to Rian, “being able to walk in Melbourne Fashion Week is incredible. With everything I do…sure there is a financial aspect to it that I’m like, ‘yes, book the gig, I need the money,’ but when it comes to big gigs like this, it’s more about the representation, and taking up the space. It’s very similar to like my Lululemon campaign that I did. I was like, ‘they’ve never had a trans woman part of their campaign…how could I say no to this’, so regardless of whether they were going to pay me $1 or $10,000, for me, it was about the representation…I’ve never seen queer, Asian trans women anywhere speak about their journey, their story, their struggles and their wins on platforms like these. So of course, I’m going to do it. Whatever platform I’m given, I will always take it up because of that”.

You can catch Rian strutting her stuff on the Underground Runway on Saturday 20 November, and catch a glimpse of this incredible outfit IRL in the Fashion Capsule along Melbourne’s Southbank Promenade until Sunday 21 November.

Previous Why Aren't Us Queer Gals Getting Papped?

Next Interview with Miss Peppermint

Interview With Down Under’s Elektra Shock 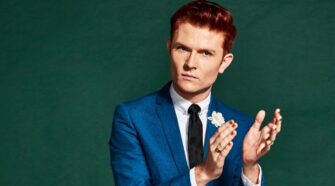