Ah, Melbourne, the culture capital of Australia, and one of our absolute favourite LGBTI+ inclusive cities. If you’re visiting, you’re obviously going to want to do it right…so if you’re looking for a gay city guide to Melbourne, want to know Melbourne’s best gay bar or the gay club to check out whilst in town, then you’re in the right spot! Your pals at A Modern Gay’s Guide have created your very own Gay Melbourne Guide, complete with places to play, stay and eat whilst in Melbourne. Buckle up ladies, we’re in for a wild ride. 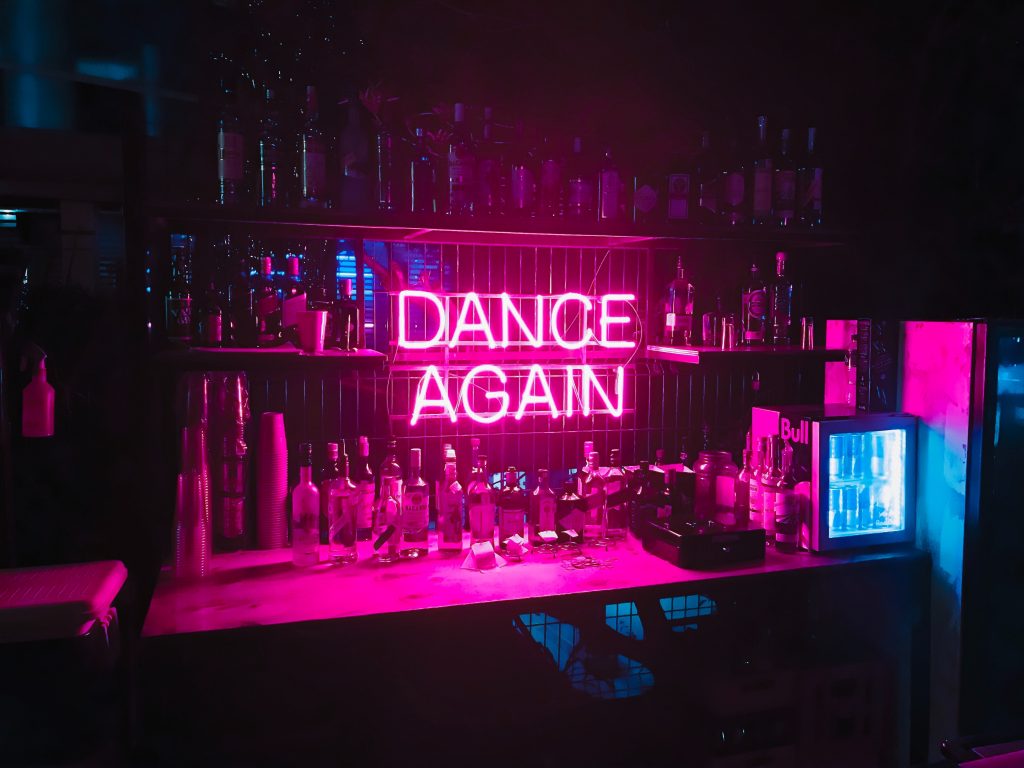 Let’s be honest, the most important two questions of any gay weekend away are usually ‘Where will we get our drank on?’, and subsequently, ‘Where will get our boogie on?’. Melbourne’s gay nightlife scene is absolutely bustling, with an abundance of LGBTI+ venues spread across the city, so in this Gay Melbourne Guide we’ve rounded up the where to go, and more importantly, the when to go – let’s do it!

PRO TIP: Melbourne’s nightlife kicks off a little later than most of Australia’s other capital cities (thanks to it’s non-existent lock-out laws) – so don’t plan to hit the clubs until around midnight if you want to avoid a scarce d-floor. 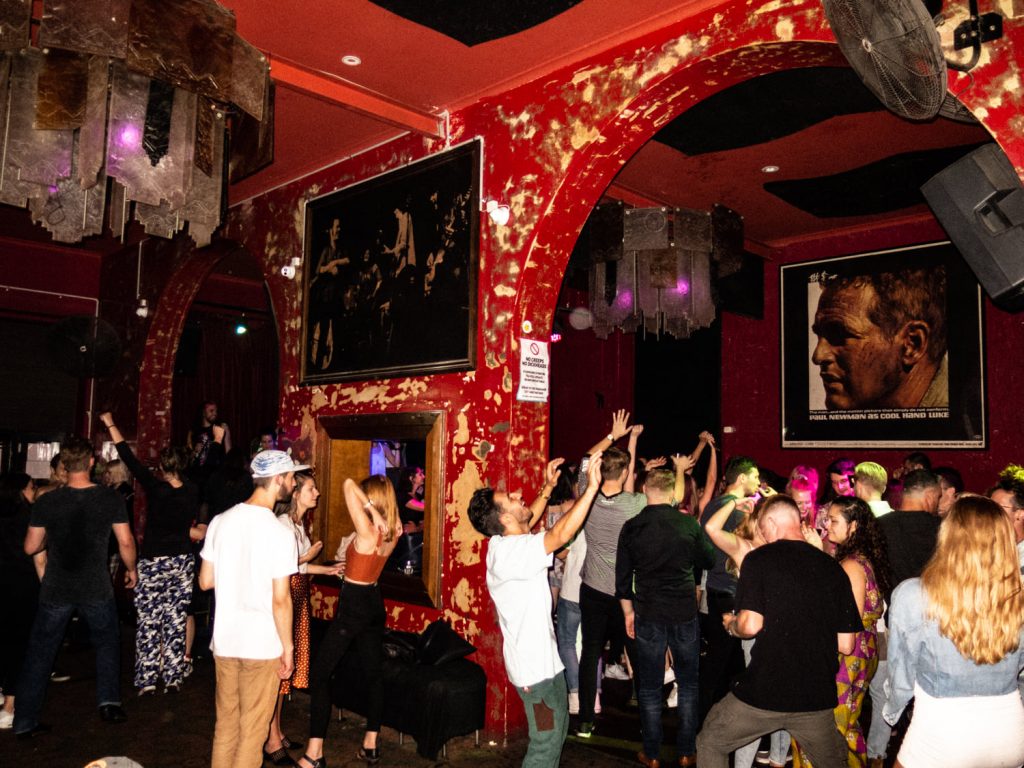 If you’re in Melbourne on a Thursday night and you’re looking for an LGBTI+ inclusive place to boogie, then chicka, you’re headed to Yah Yah’s. Every Thursday night, Yah Yah’s plays host to their weekly queer night ‘ThursGay’. ThursGay is the crème de la crème of gay nights, in a venue that can only be described as a house party from the gay-gods. With a super inclusive team, this art deco style nightclub is split across three levels, in the heart of Fitzroy. Yah Yah’s ThursGay event is an absolute mood that we at A Modern Gay’s Guide couldn’t recommend more. You won’t want to miss out on this one.

When: Every Thursday night.

Time: The club opens from 8pm, though is in full swing from around 11pm.

Crowd: Super friendly vibe, even mix of gay boys to gay gals, all ages, though more on the young side.

Pro Tip: This place is the place to be on a Thursday, so get in early if you want to avoid a queue (but hey, that’s where you make your club pals, so maybe not the worst ¯\_(ツ)_/¯) 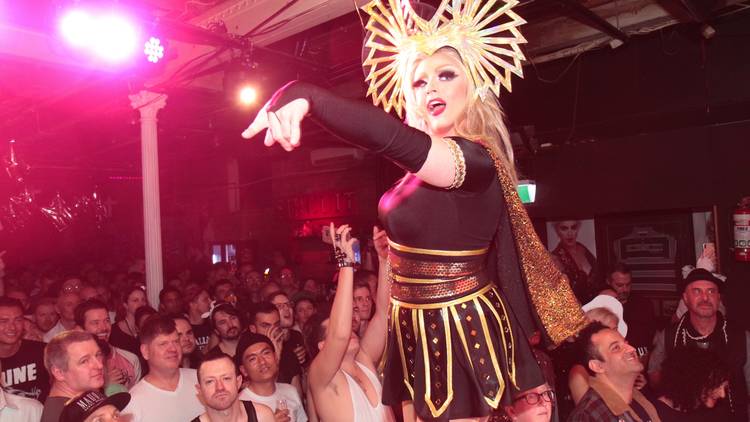 Friday night out in Melbourne? You’re heading to Sircuit Bar in Fitzroy…and then for the all-nighters, you’ll be off to Peel a little later.

Sircuit Bar is one of Melbourne’s most adored gay venues, and is famed for it’s incredible drag performances. Early in the night this bar runs a little more casual, before turning full nightclub, come 10-11pm. The venue has a pumping dance floor, two pool tables, incredible drag performances and of course non-stop bangers. A real Friday night must.

Time: The venue opens from 6.30pm, though is in full swing from around 11pm.

Pro Tip: Be sure to check out their sister venue Mollie’s, just upstairs for a cheap drink if you’re in the area earlier (before 8pm). 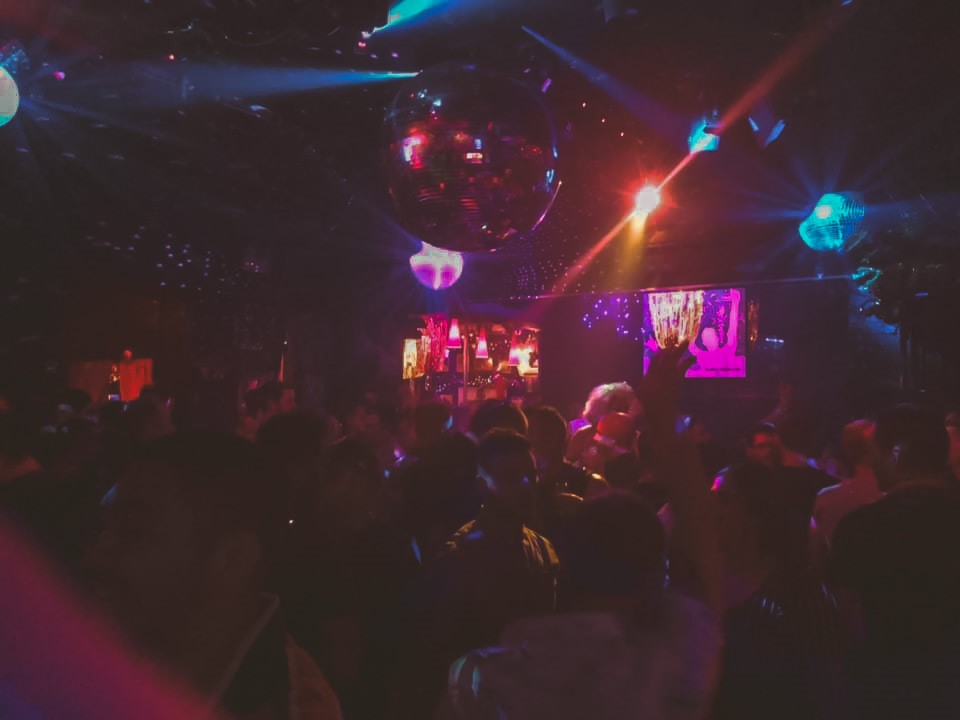 Alrighty, this one’s for the night owls. If you’re looking to party all-night long, then you’re going to want to end up at Peel.  The Peel Hotel is Melbourne’s late-night nightclub, running with the apt slogan ‘All roads lead to Peel’, the venue knows that you’re probably not going to start there, but serious party animals will certainly end up there. The Peel Hotel operates on just Friday and Saturday nights, but is open until 7am…we told you it was an all-night long venue.

Time: The venue opens from 10pm, though is more so where you’d end your night – we’d recommend getting there around 1-2am. 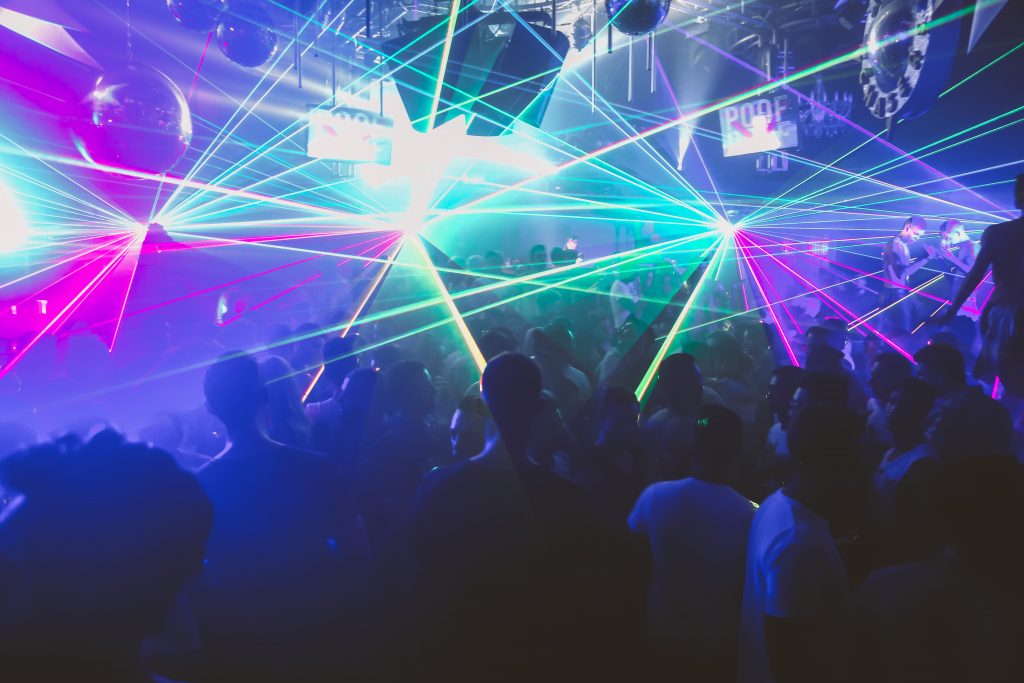 So you’ve got Saturday night fever, and wondering where to go? Well look no further, because Poof Doof  Melbourne is calling your name. This one’s an absolute fave of the Gay’s Guide team, and it’d be sacrilegious to exclude it from our Gay Melbourne Guide. Seiriously, we actually can’t get enough. A huge nightclub across three levels, it really has it all. Picture out-of-this-world drag performances, non-stop bangers, an incredibly inclusive team and many, we repeat many, gorgeous men. The club kills it quite literally every week from 10.30pm, with incredible special events and themed nights aplenty. If there’s one gay nightclub you visit on your weekend to Melbourne, make sure it’s Poof Doof. You won’t regret it, and we’ll most likely see ya’ there x

Time: The venue opens from 10.30pm, though is in full swing from around 12pm.

Pro Tip: Make sure you get one of their signature ‘Poof Doof’ pics to make your entire insta feed jealous. 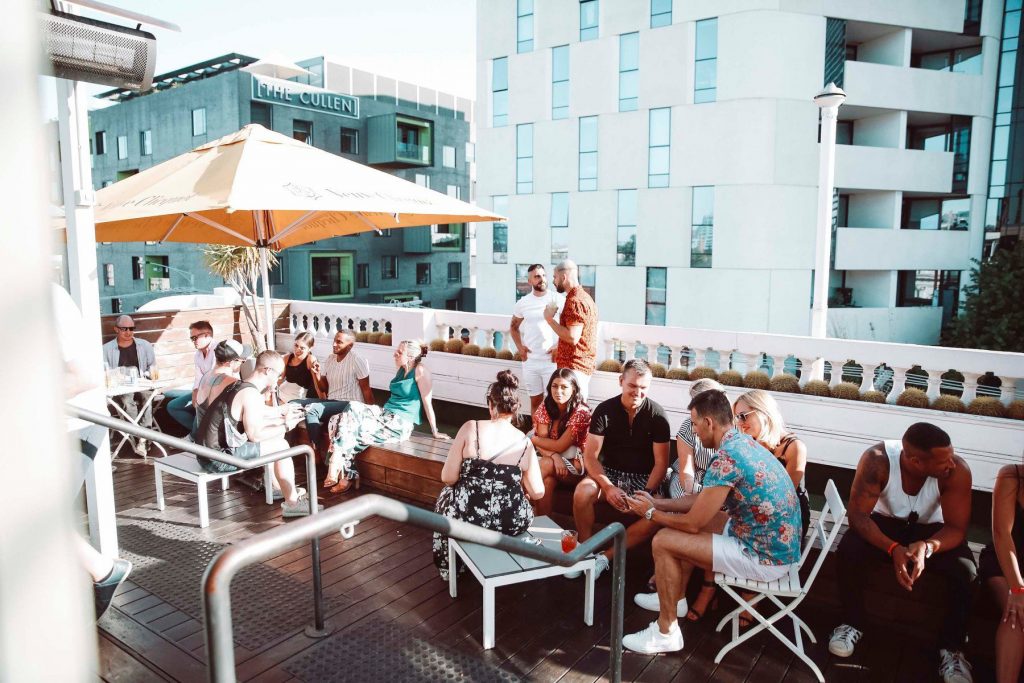 Sunday’s mean anything but stopping at The Emerson Rooftop Bar. The Emerson is the gay place to be on a Sunday when in Melbourne. The venue prides itself for being the ‘it’ place where you can head down at midday, lounge around on the rooftop day beds, with the full intention of only having a few ‘quiet’ drinks, yet somehow find yourself five cocktails deep and hitting the dance-floor like you’re Queen B live in concert. This open aired venue has free entry and drink specials running hot. It’s a Sunday mood that we 100% endorse.

Time: The venue opens from 12pm, though is in full swing from around 3pm. 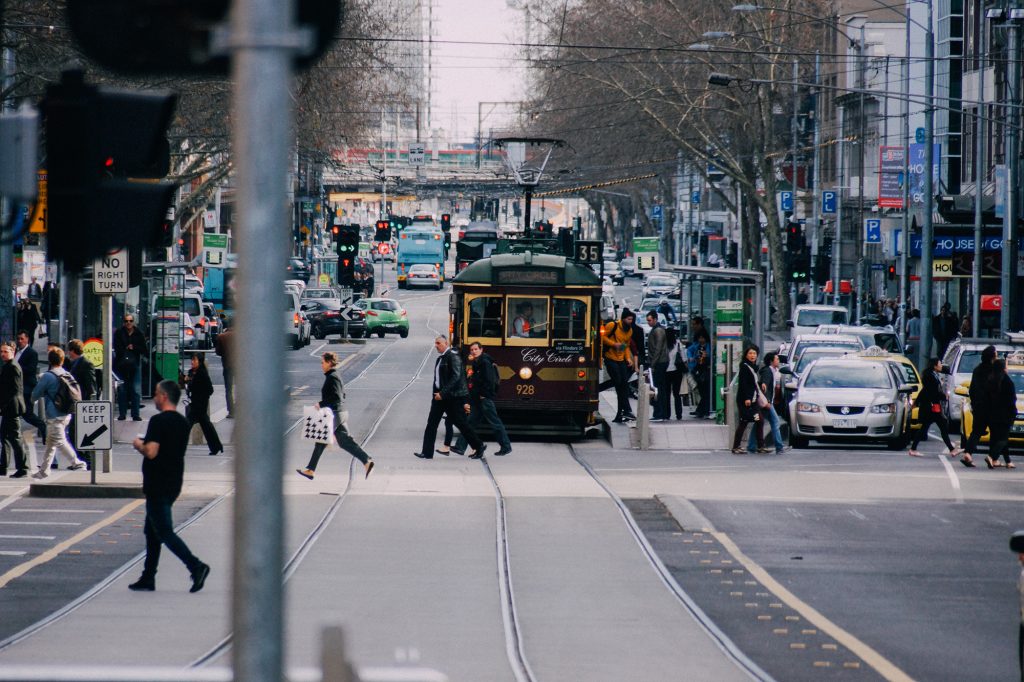 With Melbourne voted the second most livable city in the world, it should come as no surprise that getting around Melbourne is an absolute breeze. Melbourne’s famous tram system make it so easy to get from A to B, that no matter where you choose to stay whilst in Melbourne you’ll be able to move around with ease. Our top picks would include South Yarra, Fitzroy, Melbourne CBD or even St Kilda if you’re looking to unleash your inner beach babe. 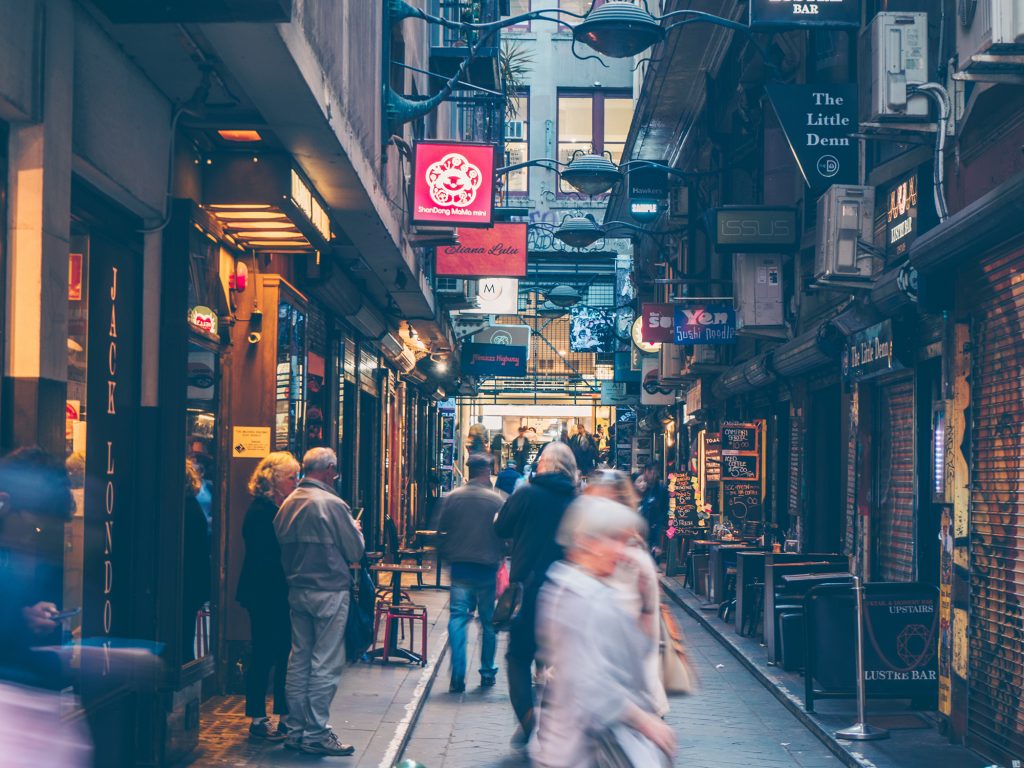 Melbourne is without argument Australia’s food capital. With more top-notch cafes and restaurants than we’ll ever be able to try, you’ll never find a 100% comprehensive food guide, though below are two of our absolute must try’s! 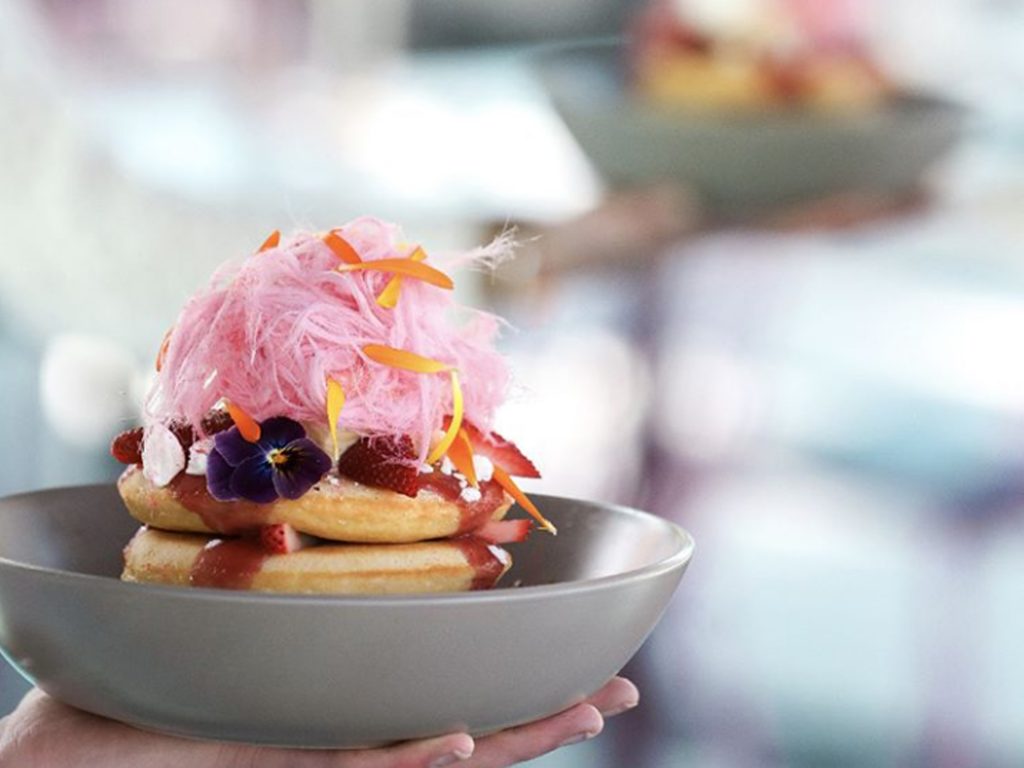 We’re obsessed with this one. A slight new kid on the block, though already a real winner in our eyes. Super wide range on the menu, an inclusive team, Instagram worthy decor and a bottomless offering from the gods? Offering a ‘leisure lunch’ on Saturdays and Sundays, you can immerse yourself in a decadent main, and two-hour bottomless package (inclusive of cocktails – yahs queen!) for just $50 – what an absolute mood.

When: Saturdays and Sundays from 11am. 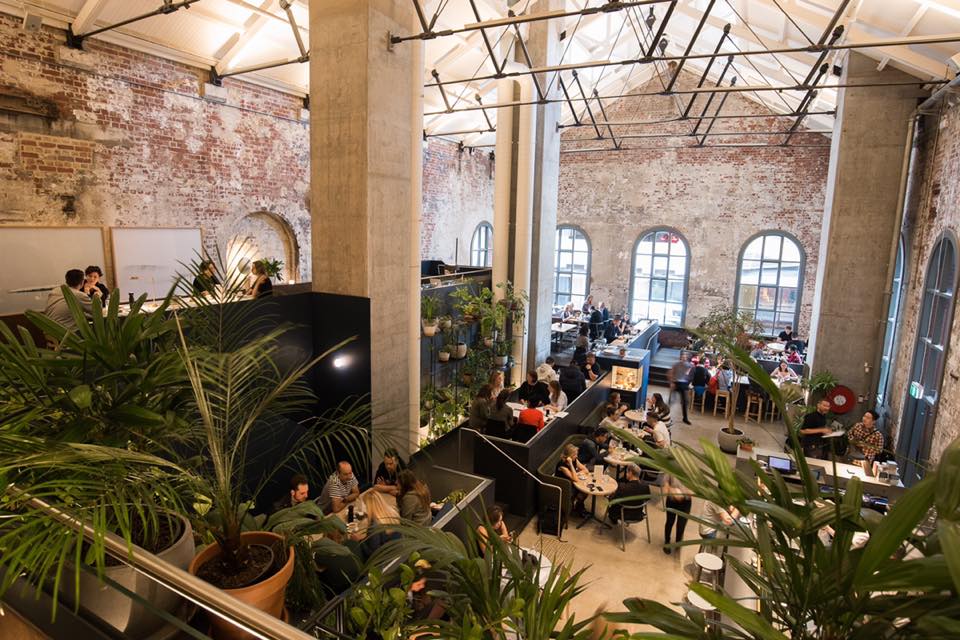 This one has insta-worthy written all over it. With over 55K followers on Instagram, it’s no surprise Higher Ground ranks so highly amongst, well, everyone. An inclusive team, a menu where quite literally everything is delicious, and well, decor to die for are just some of the main reasons that Higher Ground should be an absolute must try on your next visit to Melbourne!

Okay, well there you have it, your very own Gay Melbourne Guide. Party hard, get your beauty sleep and eat your hearts out – good luck honeys!

Who is Jack Vidgen? | 5 Minutes with Jack! 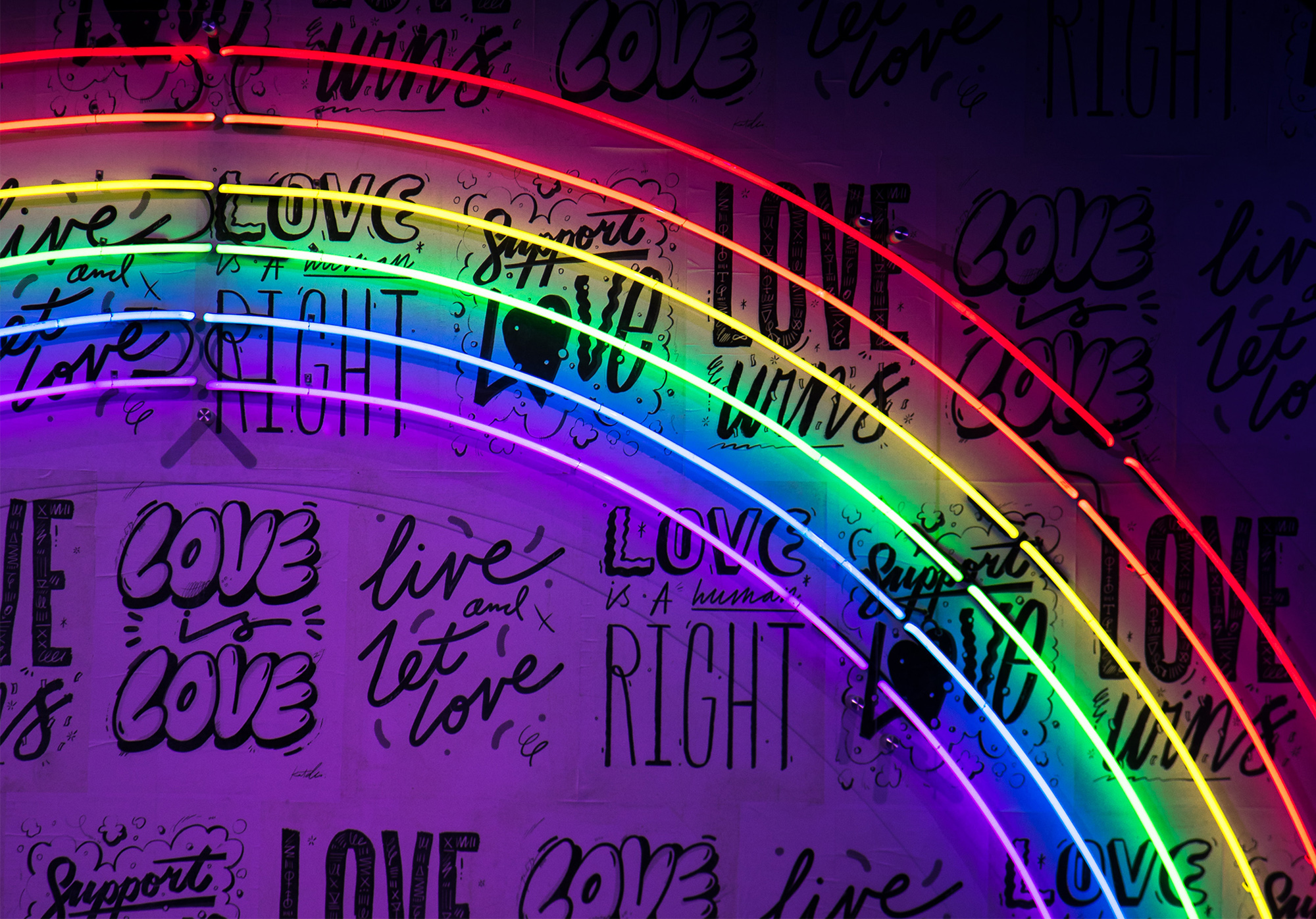