For a long time, the landscape of Australian TV has remained mostly unchanged, with shows typically being centred around straight people that Crest toothpaste would describe as ‘noticeably white.’ Even when shows do attempt to highlight the stories of BIPOC, it’s either a story centred around a white character or shot threw a white lens. It’s never felt inauthentic. That was until ‘All My Friends Are Racist’ popped up on our screens.

This hilarious comedy follows two Brissy besties, Casey (Davey Thompson) a narcissistic gay influencer, and Belle, an aspiring lawyer on the lookout for her dream job. Things seem to be great, until they go through what every young person fears: being cancelled! Getting exposed for a Burn Book style wall, where they name and shame their racist friends. The faboriginal duo embarks on a quest to get uncancelled, and hilarity ensues.

Coming from humble beginnings, Thompson grew up the regional QLD town of Burcaldine. He admits it felt “isolating” not having many queer people around him, however professes “It was great. I was able to sort of live my life and find out who I am.” The newcomer who always had a keen interest in the arts, headed off to finish high school six hours away, where he says things got a little rougher. Facing homophobia and racism, which he confesses was an “adjustment,” but does take solace in knowing that he is now living his best life.

After graduating high school, the budding actor moved to Brisbane where he got his diploma of performing arts. Thompson then started working as a producer’s assistant in theatre and moved his way up the ladder as a producer, while acting “hit the back burner,” confessing, “I did go out to auditions, but I never got anything.” This made Davey question “are there any roles for someone this queer, or brown in Australia?”

Persevering though, Davey landed a role on ‘Get Krack!n,’ where he left a lasting impression on the casting director, who later reached out and insisted that he audition for AMFAR, telling Thompson he was ‘perfect for the role.’ Dusting off his acting notes, he worked tirelessly to audition, but discloses, “I didn’t expect to get it, but before you know it they called me and said that I got the role, which was crazy!” 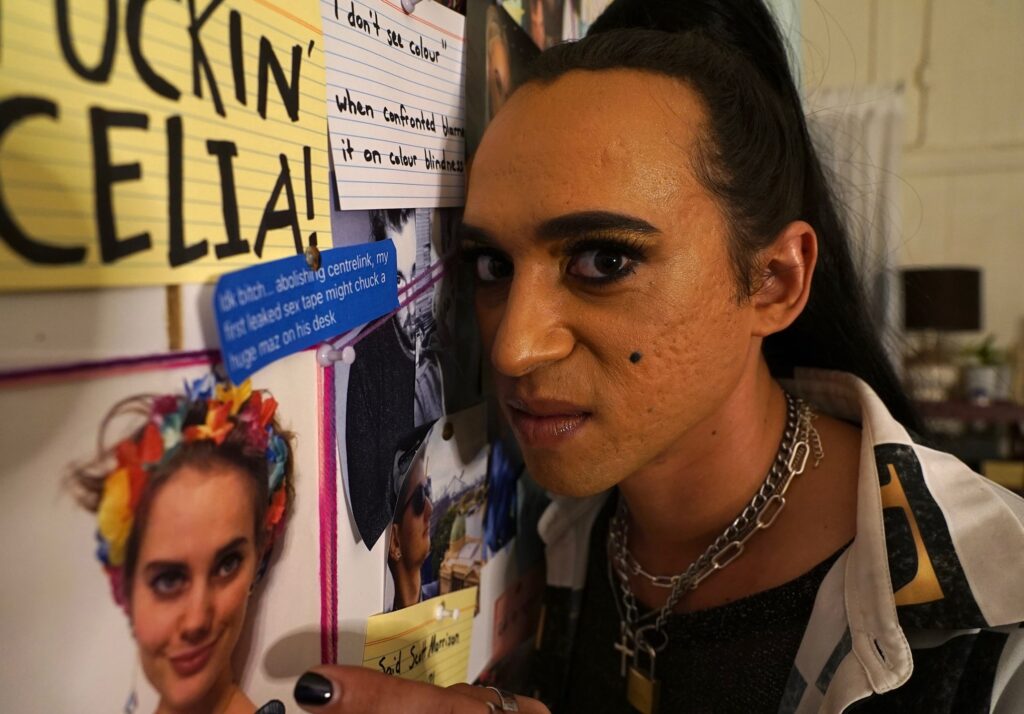 The rising star declares that playing this trail-blazing role was both daunting and “incredibly nourishing,” telling, “I knew that we were breaking down boundaries, and shifting perceptions. A lot of the roles for queer people of colour in this country tend to always come from people outside our experience, and that’s always two dimensional and quite shallow, that’s because it’s based on other people’s perceptions of us, and that’s a stereotype.”

Davey says what we see on TV isn’t always the reality, saying “our country is portrayed as not as multicultural as what it actually is, very often on our screens, the idea of what is “Australian” and what that looks like is so outdated, but it’s still perpetuated on our screens. Yes, there are white people in this country, but there are also plenty of people who aren’t white.”

The scene stealer acknowledge that Aussie TV is attempting to do better, but diversity isn’t just about what’s in front of the camera. It’s everyone who works on these productions, adding “there is a long way to go for everyone.”

During the first episode, there’s a laugh out loud scene where ‘Casey,’ puts his back into it… quite literally. Getting his salad tossed in the bathroom of a house party (#relatable.) The actor admits that he felt “nervous” in the moments leading to the tongue in cheek scene, saying it stirred up feelings of insecurity and body dysmorphia, but those feelings were put to rest after meeting his scene partner, saying “we just had fun and we went for it!”

Although Davey had trepidations about his first sex scene, he speaks about why it was vital he do it, elaborating “I struggle to think from the top of my head of sex scenes that involve queer people of colour, often, when I think of queer sex scenes on screen, nine times out of ten, they’re Caucasian. “

Thompson wants audiences to walk away from the show with “perspective,” elaborating “we don’t really set out to answer any questions or solve any problems, we’re just providing perspective from a different lens.”

On his character Casey, Thompson says “even though he’s not the best role model. It’s a shift, he’s outside, he’s not a martyr. He’s not a victim, he’s just this selfish character,” adding that he’s “met plenty of selfish queer people before, so it was nice to represent them too.”

“There’s an expectation from our critics, whenever we speak on an issue to have the perfect solution, and quite frankly it’s not up to us to come up with solutions, we’re coming up with a perspective, and if we can make you laugh for one hour, then that means more to me than anything.”

All My Friends Are Racist is not only uniquely absurd, but it’s sharp wit and biting commentary on race politics and queerness is a welcomed breath of fresh air to Aussie TV.

Davey is hopeful for a second season and so is Australia. If you liked it, spread the word and make your voices heard. This comedy (available to watch on ABC ivew) is essential viewing, so get on it!

Next Let's Talk About PrEP, Baby!

WHAT TO WATCH | NEW LGBTIQ+ AUSSIE DRAMA ‘MORE THAN THIS’ 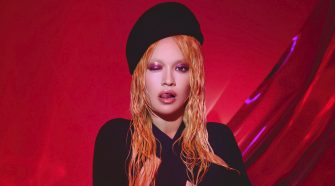