In the year 2022, odds are you’ve either heard of PrEP, you know someone who takes PrEP, or you take PrEP yourself. And for those of you who do take it, you probably (hopefully) have a pretty good idea of what it is, how it works, and why it’s important. But for those of you who may have only heard the term in passing, you may have no idea what it is, or how significant it’s been for the LGBTIQ+ community.

So, without further ado, let’s talk about PrEP, baby.

Pre-Exposure Prophylaxis (also known as PrEP, Truvada, Mylan, Tenofovir, and about one hundred other names), is used primarily by gay and bisexual, cis and trans men who have sex with other men to prevent the acquisition of HIV.

It’s a small, blue pill, made up of two drugs – tenofovir and emtricitabine – which, when taken daily, can significantly reduce the risk of HIV transmission. However, after a having a discussion with your GP, and making an informed decision, it can also be taken on-demand and still be highly effective.

And highly effective it has been. In fact, the Australian Federation of AIDS Oganisations (AFAO) has declared that, in the last six years alone, access to and information about PrEP has become so widespread that there has been a 44% decrease in HIV transmissions nationally.

But PrEP hasn’t just aided in the reduction of HIV transmission. It’s also helped to significantly ease anxiety around sex for some, improve the quality of life for those living with HIV, and reduce the stigma around HIV.

However, PrEP isn’t the magic little pill some think it is.

Of course, PrEP is a godsend, but it is not the be-all-and-end-all of preventative measures. Health organisations like ACON urge those at high-risk of contracting HIV (like men who have sex with men, sex workers, and intravenous drug users) to use condoms and lube in addition to PrEP, to get tested every three months, and to have open and respectful conversations with sexual partners about their HIV status (and we mean it when we say respectful – we don’t wanna see any of you using the words ‘dirty’ or ‘clean’ when referring to people’s HIV status, thanks).

And hopefully, with scientists working around the clock to invent newer and better ways to prevent and cure HIV, PrEP will soon become just one of a number of options for those at high-risk of HIV.

But for now, if you, or someone you know and love has been thinking about taking PrEP, we recommend reading up about it through the ACON, AFAO, Ending HIV, and Get PrEP’d websites, and then making an appointment with a trusted GP.

Next 5 of our Fave First Nations Businesses 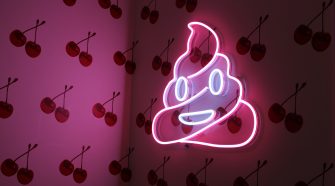