The playful and unfiltered Fletcher tells A Modern Gay’s Guide about her queer ‘full circle moment’ and how Taylor Swift’s drink choice inspired her latest lyrics.

Do you remember where you were 13 years ago when you first heard Katy Perry’s ‘I Kissed A Girl’?

For the artist behind ‘Bitter’ and ‘Undrunk’, hearing the ground-breaking hit on the radio changed something in her.

“My mum was dropping me off to middle school … and at the time it was so taboo to hear someone singing about girls kissing girls … and the song came on the radio and my mum gasped at the lyrics and I was like ‘oh god’.”

“It was this moment that really marked the beginning of a queer journey for me. I remember going home and playing it 24/7 and I was like ‘I think there’s something here because I love this song so much’.” 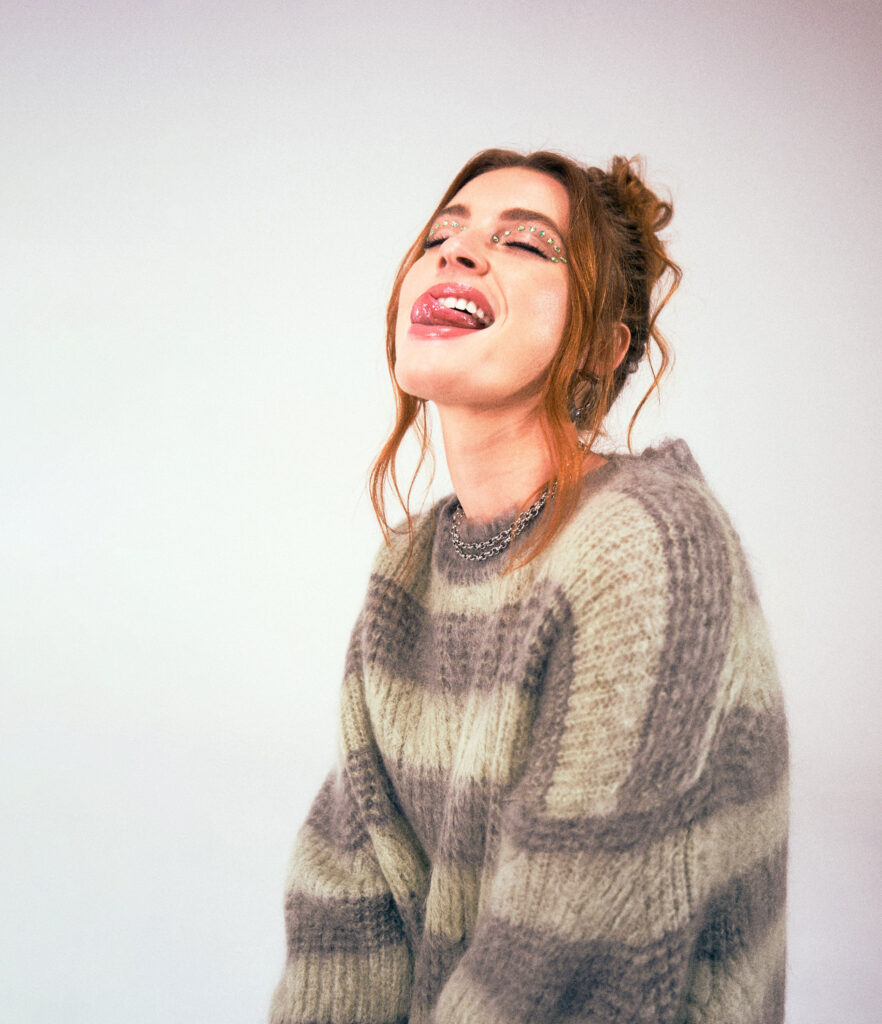 The pop anthem holds such a special place in Fletcher’s heart that she decided to put her own spin on it in her new track aptly called girls, girls, girls.

It’s a mesmerising, breathy song that will speak to any queer girl who’s spotted another girl on the dancefloor and been immediately drawn to her.

Fletcher says the lyrics weren’t written about one girl in particular, but admits she’s “kissed a lot of girls in bars” so there’s layers of truth to the story.

“I was trying to capture the feeling of just being lit up from the inside, of being like ‘oh, I think this is for me’.”

Although Perry’s 2008 anthem conveys impermanence with lines like ‘just wanna try you on’ and ‘you’re my experimental game’, Fletcher wants listeners to know her feelings for women are anything but fleeting.

The line ‘I told my mum it’s not a phase’ will stand out to WLW as it’s often a sentiment we have to fight against, even more so if you’re a bisexual woman.

Fletcher herself has been sent into spirals of confusion after hearing this comment in the past.

“Even with myself… I have thought ‘ok maybe it’s just a moment I’m having and this will go away’ but it was something that was never a phase.”

The 27-year-old says although sexuality can ebb and flow, there’s grave impacts of reducing someone’s identity to a ‘phase’.

“It’s such dangerous terminology … and it (made me feel) like my experience was so much smaller than it really was.”

Fletcher explains she has always been attracted to soft, feminine energy, which means she is mostly attracted to women, but that doesn’t mean she hasn’t been with “all types” of people.

Just as a growing number of people lean away from strict, defined labels, so too does Fletcher.

Fletcher, who’s real name is Cari Elise Fletcher, was raised Catholic in the “super small” and conservative Wall Township in New Jersey which she describes as “pretty narrow minded space”.

She says understanding her attraction to women was gradual and punctuated by feelings of denial.

“There was this theme of ‘oh I’m interested in kissing a girl but nothing else’ and then you kiss a girl and it’s like ‘well I kinda want do more than that’ and then something more happens and you’re thinking ‘well yeah it was fun to be intimate with a girl but I could never date one.”

People in her hometown believed in keeping their cards close to their chest, so when the singer made a career out of telling everyone her business, her family experienced a massive shake up.

“I have definitely always been the black sheep of my family in the sense that I’m just constantly challenging norms and what society tells us we can and can’t be or can and cannot say, especially as a woman in pop music.” 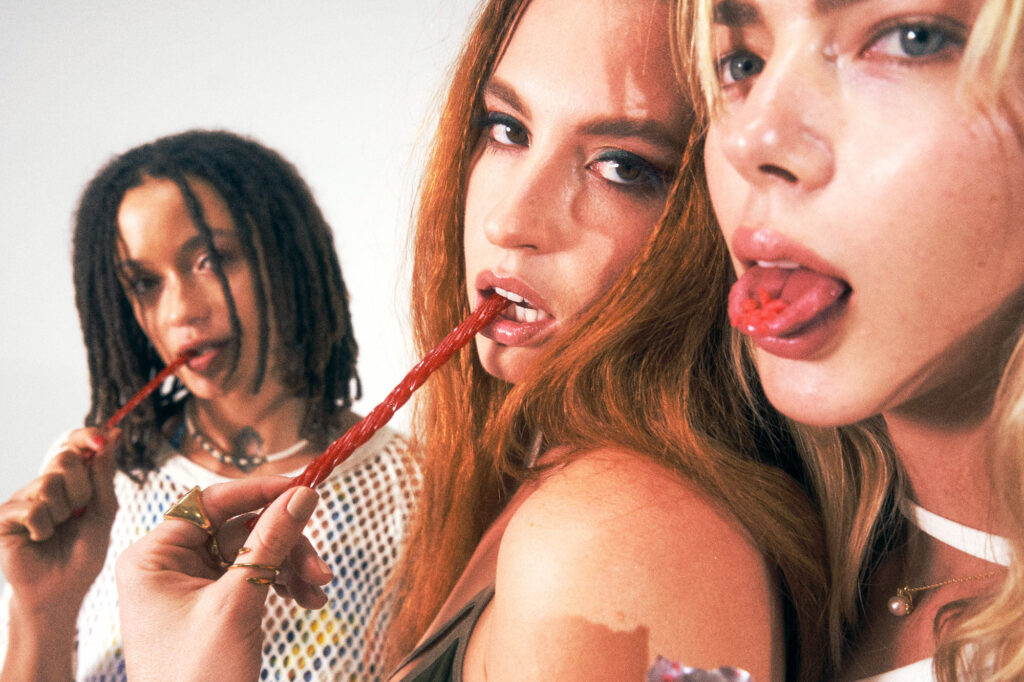 Her family now credit her with changing their perspective on the ways people can love and despite her initial shock towards the idea of kissing girls, Fletcher’s mum is now her biggest fan.

“For people who don’t think that (perspectives) change, it does happen.”

Fletcher, who has been on a steady rise to fame since 2015 when she became a Spotify favourite, has a rebellious glamour to her but its her laid-back, TMI personality which makes her truly unforgettable.

She has a rare ability to bring listeners to a very particular moment and feeling. She does this by using a lot of specifics, like in girls, girls, girls when she describes the object of her affection sipping on an old fashioned – a lyric that was inspired by none other than Taylor Swift.

“I went to her birthday party and I walked in and she was drinking something and I was like’ what are you drinking?’ And she was like, ‘it’s an old fashioned, it’s kind of a man’s drink.’ And then I was like, ‘well, you’re the f**king man’.

Picking female role models to surround herself with has always been a priority for the singer who loves working with females in the music biz, for the innate sense of understanding that is shared.

Recently she paired up with another queer icon, Hayley Kiyoko, on the upcoming single titled ‘Cherry’ which is impossible to sit still to.

Fletcher says although there can be fierce competition between some women in the music business, that rivalry never seems to be there when two queer women collaborate.

“It’s about telling our truth and experiences and (with Kiyoko) little me was quaking as she’s been such an influential part of my own career.”

Continuing this trend of working with other LGBTQI+ artists, Fletcher recently asked home-grown hero G Flip to be the support act for the first half of her US tour next year.

G Flip, who identifies as non binary, recently moved to the states to grow her American fan base and the pair hit it off after just one coffee meeting.

“Anytime I can uplift queer talent, and people who are just good humans, that’s something that’s so important to me.”

“There’s also not a lot of non-binary representation in the queer space so that’s important for people to see.”

Favourite song to sing in the car?

Lately it’s been Hoops by Julia Wolf. It hypes me up if I’m about to go to a session or anything – it’s my type of song.

Biggest pinch me moment of your career?

One would definitely be playing Madison Square Garden in New York City for Jingle Ball with the Jonas Brothers, Halsey and Taylor Swift … being on the same roster as them was a really big ‘I’m going to sh*t myself’ moment.

100% it would be a plate of fully loaded nachos. Everything on them, multiple salsas, sour cream, guac…everything… we got it all.

If you weren’t a singer what would you be?

A weird little nomad that travels the world who spends time in different countries and different cultures, living off the land. I wouldn’t have a phone, I would not have social media, I would just exist in a hippy community with other spiritual people.

When do you feel most inspired?

Lately, it comes from being outside in nature and connecting with the whole reason why we’ve been brought to this earth. So being one with the essence of life is something that’s really inspiring me lately.

Lady Gaga and Madonna were both queer icons from the beginning as they really pushed the boundaries in terms of sexuality and coloured outside the lines. But in terms of LGBTQI icons, I’d say Troye Sivan and Hayley Kiyoko.

Next A Modern Gay's Guide to Last-Minute Gift Giving

A Modern Gay’s Guide to the Sunshine Coast 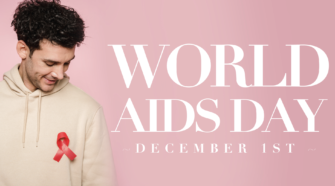