Chris Parker – Kiwi, comic, extrovert, and big-time show off – has landed in Australia and is currently touring his brand-new show, ‘Gentle Man’, at both the Melbourne International Comedy Festival, and the Sydney Comedy Festival.

A performer at heart, Chris (he/him) has always been drawn to the limelight, “being a performer was always what I wanted to do,” he begins. “I went to drama school, and I did three years of a performing arts degree trying to become a serious actor…before realizing that that wasn’t going to happen for me”.

“So then I was like, ‘I want stage time’, and that’s when I started doing improv and comedy and that kind of stuff”.

As for what Chris’ style of comedy is, he says, “I just try to be myself out there, and who I am is a 31-year-old gay man who lives in Auckland, New Zealand. So it’s a lot of that. It’s very representative of that energy”.

“It’s very physical, though,” he says. “I think that’s the one difference I noticed between myself and other comics – I seem to walk offstage drenched in sweat, and everyone else seems to be so much more composed. And I’m starting to become envious of that because it takes me about 20 minutes to cool down after a show.”

“I was just so sick of what my life was every day for the past three years, so to feel like my universe is expanding somewhat – it’s so good to see. Like, even just seeing different coins…it’s so thrilling. It’s so invigorating. I’ve totally forgot about the joys of travel”.

For those who may be unaware, Chris’ Instagram following skyrocketed during lockdown when, in early 2020, he began creating animals out of felt on Instagram Live. A little later, he started doing lockdown skits largely from the confines of home (duh).

Because of this, a lot of his new followers only knew him as The Guy Who Does Lockdown Skits.

“It’s so interesting, because this is what I do. Like, this is what I’ve always been doing,” he says, “and so when lockdown happened and I started making content online to find an avenue to show off, a lot of people were introduced to me that way, and a lot of them come to my shows not knowing that I’ve been doing this for the past 10 years.” 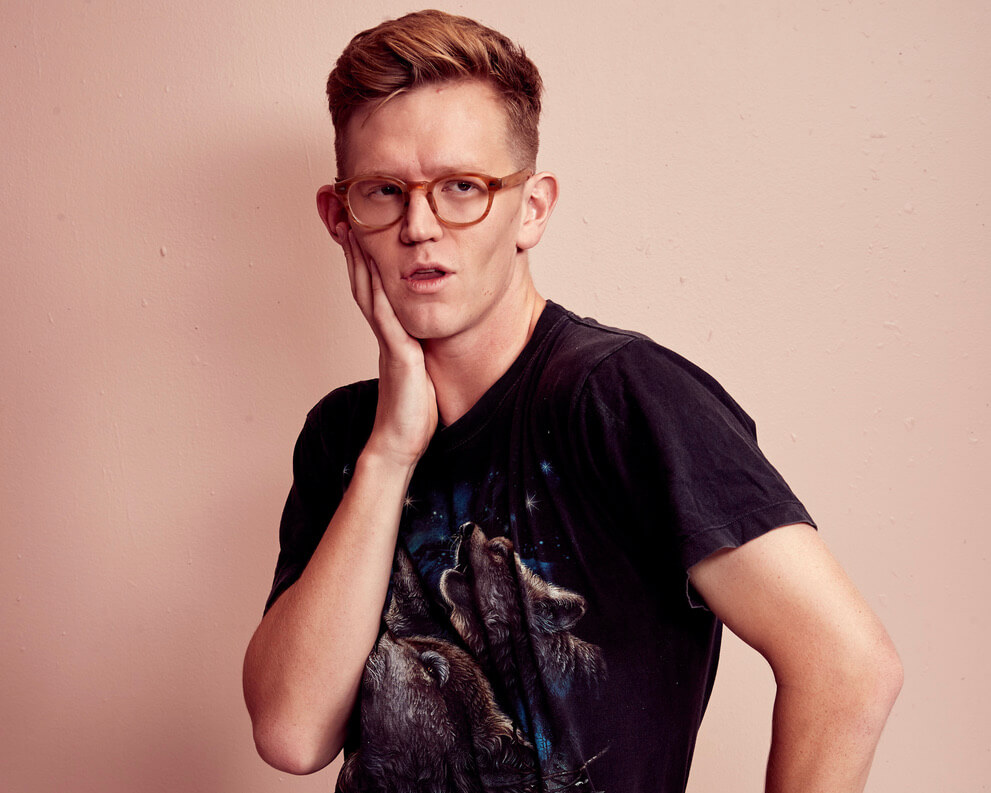 Chris, however is chuffed by this. “It’s great. It’s just such a timely reminder of what I actually like to do and what I think I’m actually better at as well – which is being in front of a crowd live.”

And being in front of a crowd live is genuinely what Chris was born to do.

Going into ‘Gentle Man’ we expected, “lots of stories, but peppered with jokes,” especially since Chris divulged that, “that’s one thing I’ve been trying to refine over the years: how to tell a great story but then also how to land like a million jokes inside of that story. And I think I’m getting better at it.”

And we were not disappointed.

In Chris’ own words, ‘Gentle Man’ is about his tumultuous relationship with masculinity. “I’m 31 now, and I’ve had this epiphany where I’m really done trying to blend in and be One Of The Boys. I’ve kind of given up on trying to sit with these really traditional ideals of masculinity”.

“So this show is really just about sitting in my power of being a major sissy, and being quite pathetic and hopeless,” he jokes, “And then kind of looking as to how that happened – like growing up, going through those elementary experiences where you learn that you’re different to the other boys at school.”

From the very beginning Chris has audiences hooked. His timing is impeccable, the physical effort he puts into his comedy is tangible (…and visible – we see those sweat marks, Chris), and he walks the fine line between acceptable and “cancellable” like a tightrope walker without a harness.

During the show, Chris jokes about being an extrovert, about growing up gay in New Zealand in the 90s, and of course about COVID. But our absolute favourite part is his bit about the mental and physical warfare that comes along with being the third child – not only is it relatable, but oh so triggering.

You can see Chris Parker perform his new show, ‘Gentle Man’ at the Melbourne International Comedy Festival until April 23, and then at the Sydney Comedy Festival on May 19 and 20. In August, you can catch him touring back in New Zealand.

Next Interview with the 'Basic AF' Joel Creasey 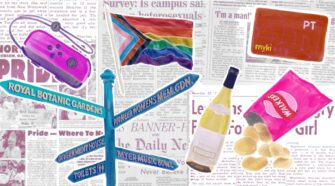