The artform of drag is one of the oldest (and most exciting) in the world. In fact, the word ‘drag’ has existed since the 1300s. However, it wasn’t until the 1800s that the term ‘drag’ was used to describe the artform. Regardless of what name it was given, drag has existed for hundreds (if not thousands) of years.

In recent years, movies and television shows like ‘The Adventures of Priscilla: Queen of the Desert’, ‘RuPaul’s Drag Race’, ‘Dragula’, ‘Drag U’, ‘House of Drag’, and many, many others have propelled drag into consciousness of the majority.

In this article, we present to you nine of the best and brightest drag performers in Brisbane (Meanjin), including hints on where you may be able to watch them perform. But to ensure that we aren’t favouring any one drag performer over another, we’ve listed them in alphabetical order. Enjoy! 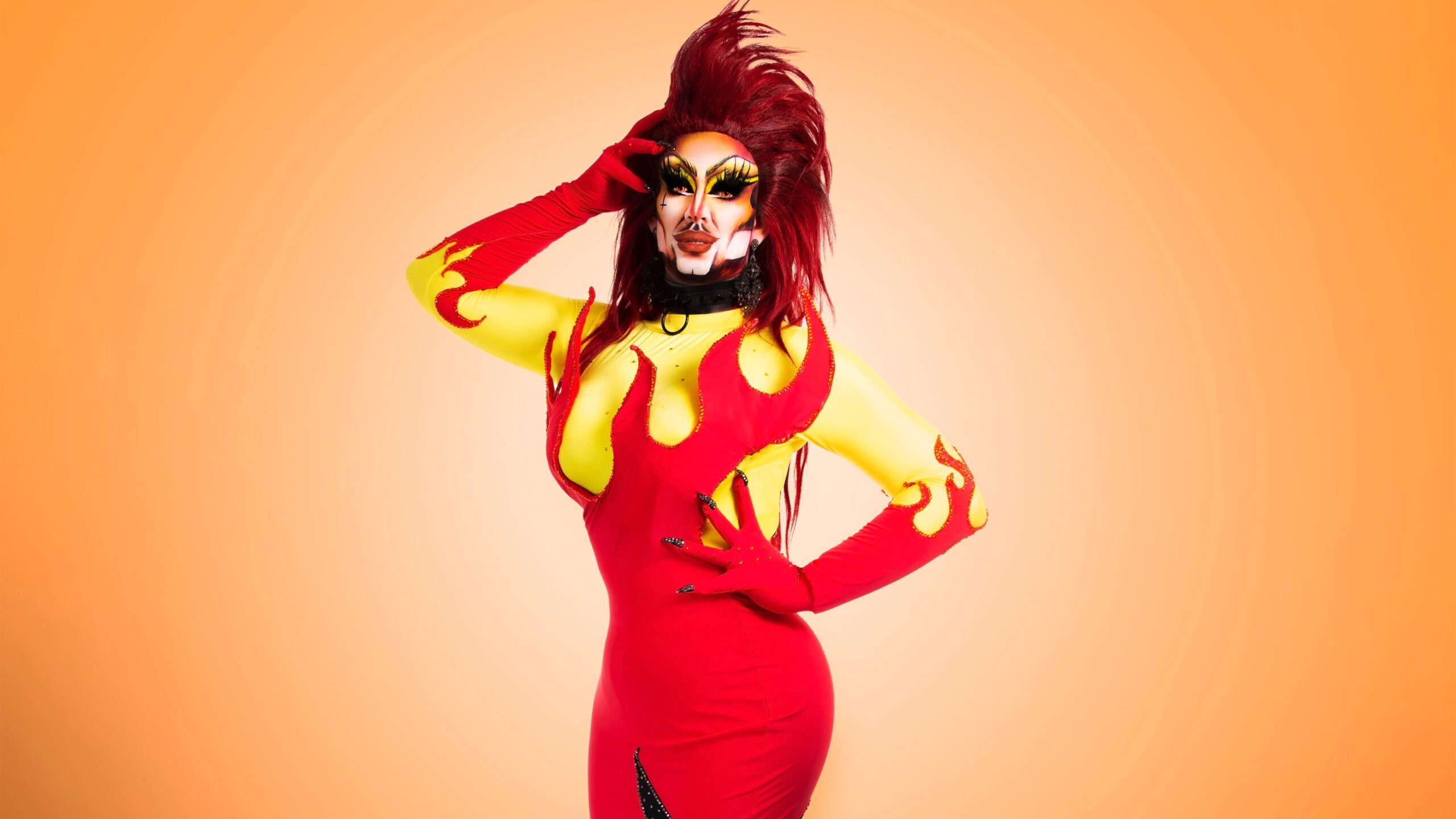 Asphyxia (he/she/they) describes themselves as both an intergalactic chameleon and Meanjin’s shapeshifting freakshow, and to be honest, they are two of the most apt descriptors we have ever heard anyone use for themselves. That’s because Asphyxia is a drag performer in every sense of the word. Sometimes you’ll find them performing as a drag queen, and other times a drag king. Ultimately, you’ll never know what to expect with Asphyxia, but you can expect a colourful mug, high eyebrows (and even higher hair), and a performance you’ll never forget.

Watching Elle de Flower (she/her) on stage is an absolute blessing. This drag queen will surprise even the most well-versed drag audience with her stunning, flowy, vintage style and campery. What’s more is that Elle – alongside drag performer Lulu Lemans –  is part of Brisbane’s Haus of St Tropez, who are akin to Sonny and Cher, except that they’ve both got the wit of Sonny…and the looks Cher. All in all, in seeing an Elle de Flower show, you should expect dangerous doses of dancing, laughter, hairspray and, of course, fabulosity. 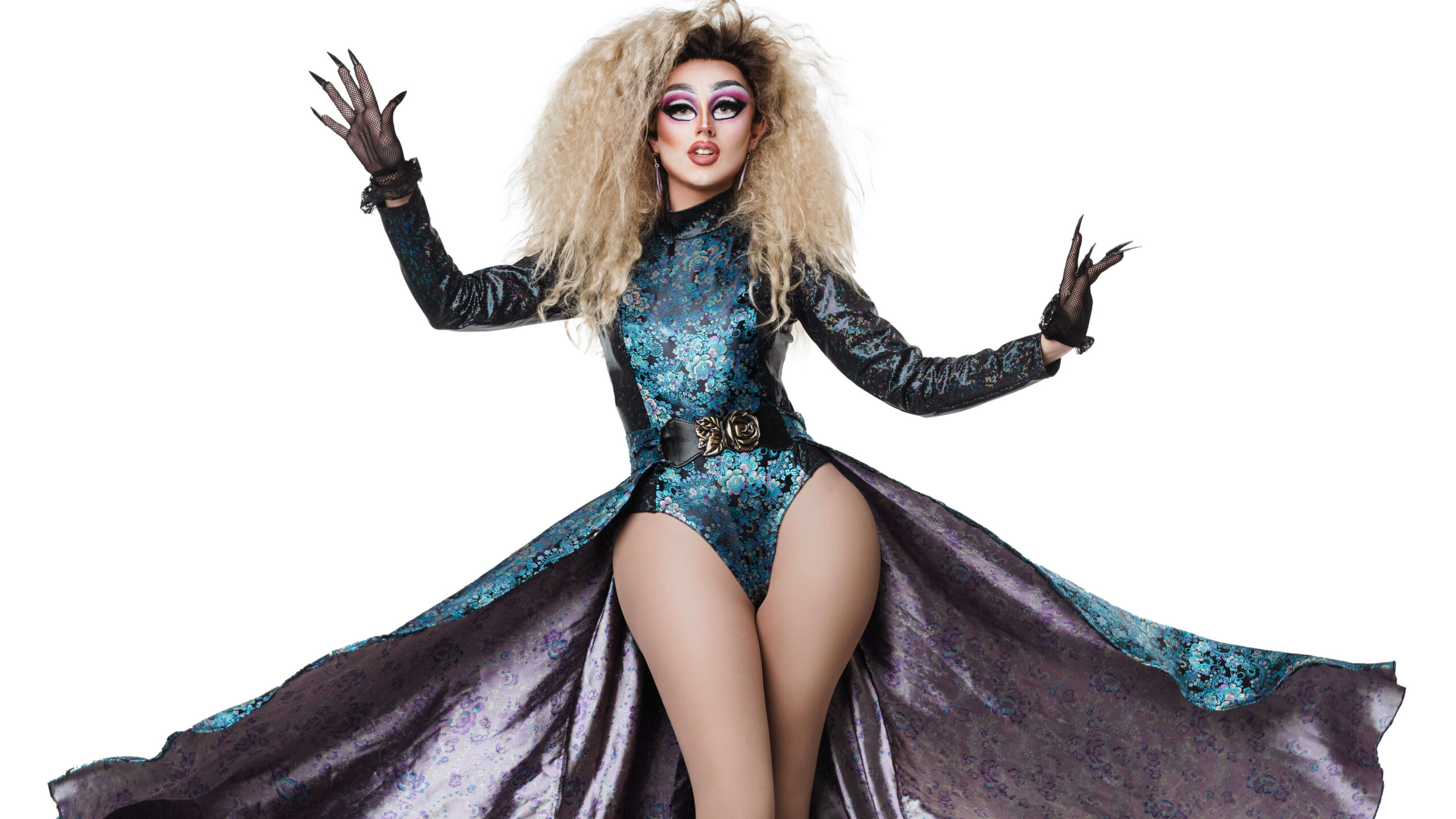 Enigma Popstar’s (they/she) name is about all you need to know about them – they’re an enigma. Enigma is a hilariously charismatic performer, and they’re not afraid to think outside the box. You can often find them wearing matching eye makeup and hair (we love a monochromatic look), and wearing either an outfit that covers their body either entirely, or not at all.  But that’s the best part about enigma – every single time they walk on stage you will be flawed. And that’s a promise.

If there’s one Brisbane-based drag performer you need to see, it’s Freya Armani (she/her). Freya is sassy. She’s sassy, but she’s also classy (and just between us, she’s also a little assy). Freya is one of those drag queens who does it all; she mixes her own music, she designs and styles her own looks, she creates her own performances, and her makeup skills are next level. So, when you go to see a Freya Armani show, you can expect dance moves aplenty, you can expect riveting reveals, and, to be quite honest, you can expect perfection. 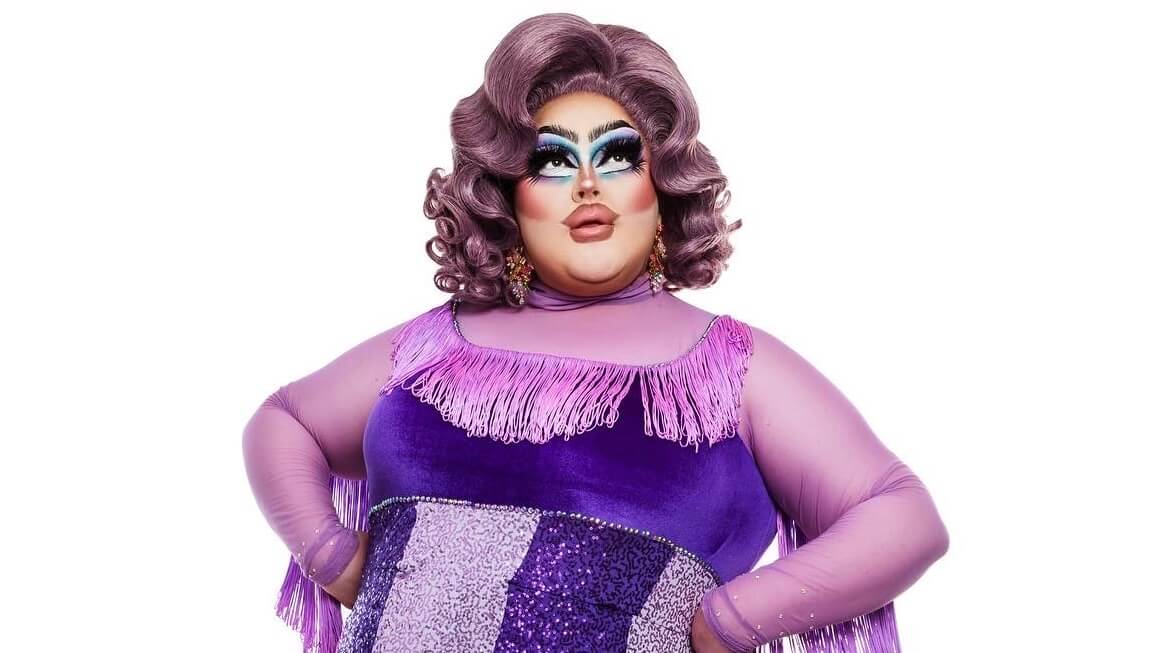 Henny Spaghetti (she/they) is our favourite Brisbane-based Italian stallion. Not only is her name inspired by food – which we absolutely love – but she’s also a consistently stunning performer…and consistency is key when you’re performing in front of large crowds on a weekly basis. When seeing Henny perform on stage, she’s often dripping in jewellery, with her signature greenish-bluish eyeshadow, and big blonde wig. But don’t take our word for it, because she surprises us all every single time she steps out on stage.

Kim Schotte (she/her) calls herself the, ‘cinematic queen of the smaller screen’…and after scrolling through her Instagram and watching her on stage, we’d say that’s a pretty great descriptor. Even though she’s relatively new to the scene, this drag cretin (her words, not ours) constantly wows with immaculately designed and styled outfits, and flawless makeup looks.

Kim is consistently raising her own bar, with some looks reminiscent of characters you’d find in indie, horror and sci-fi movies, and others which pay homage to her Japanese heritage. Overall, and as time goes on, we’re extremely excited to see Kim flourish even more than she has in the last two years.

Originally starting drag on the Sunshine Coast before branching out to Brisbane, Lady Saint Diva (she/her) goes by many names. These include (but are certainly not limited to) Brisbane’s Bingo Babe, and the Queen of the Sunshine Coast…and she’s earned those titles. LSD was picked up by our radar two or three years ago now, when she began Drag Queen Bingo in Maroochydore. Since then, we’ve watched her grow more confident and camp than ever. Today, she performs all over South-East Queensland with her husband Neil right behind her. She’s got an incredible social media presence, posting a new outfit almost every single day. When you see Lady Saint Diva perform, it’s easy to tell how dedicated she is to the art, so she deserves all the support she gets.

Miss Luna Thicc (she/they) is a resident drag performer at Fluffy, which means you will see her there every. Single. Sunday. Night without fail. First and foremost, we’d categorise Luna as a dancer, which is no surprise to anybody who’s seen her live. She’s also a very talented hairographer (yes, that’s a thing), and knows exactly what to wear to keep audiences hooked. What’s more is that she’s not only comfortable performing solo, but in groups, too. In fact, she’s a member of both the Thicc Shake Crew and the House of Alexander (a ballroom house). So when she’s not performing on stage alone at Fluffy, she’s most definitely performing with any number of her siblings.

Last but absolutely and certainly not least is Sellma Soul (she/her). The first thing you need to know about demoness Sellma is that she describes herself as, ‘the singing smiling nightmare from Meanjin’. The next that you need to know about her is that she is unlike any other Brisbane-based drag performer we know. Instead of donning the usual big wigs that have become synonymous with drag, Sellma often opts to perform without any hair at all. Instead, she designs and draws her own intricate hair on her head, which often blends seamlessly into her eye makeup. Alongside being an incredibly talented performer, and very witty MC, Sellma is also a vocal activist, which makes us love her more than we thought possible.

So, the next time you’re at your favourite queer venue, see how many of these beauties you can spot. Oh, and make sure to follow them on Instagram to keep up to date with their performances.

This article was originally written for Tourism Queensland. It has been reproduced here with the permission of all parties. 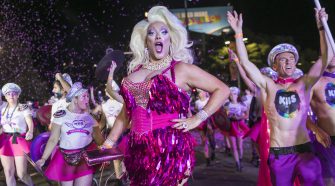