Singer, songwriter, and superstar drag queen, Adore Delano, is heading down under this November, and she is ready to ‘party your world’! In this interview, Delano talks all things music, lockdown, touring, and Drag Race.

Before Delano became the household name she is today, the aspiring singer initially broke onto the reality TV scene as Danny Noriega on the 17th season of American Idol, though would only reach super star status when she reintroduced herself to the world as ‘Adore Delano’ on the sixth season of RuPaul’s Drag Race.

The baby queen from Azuna, who wasn’t afraid to “cut a bitch” sliced through the competition, honing her unique blend of ditzy-yet-lovable personality, quotable catchphrases and perfectly unpolished rocker girl drag, to not only secure a place in the finale, but prove that she was, in fact, the “party”.

Ultimately tying for second place with Aussie idol, Courtney Act, the underestimated diva left the competition with a newfound cult following and cemented herself as a Drag Race legend and icon.

Now rested and armed with an arsenal of bops, Delano is letting her down her hair, warming up those vocal cords and preparing for Centre Stage, as she prepares to bring the ‘Party Your World’ tour to Australia.

“This tour is just gonna be fun. I wrote my last EP in August-ish, I believe and it was just very like, emotionally driven kind of a product of the pandemic, and just like having a lot of time to myself and sure i’ll probably incorporate a song or two from there in the setlist, but at the same time, I want us to have fun and celebrate just all being together. We’ve got to kind of like be able to release and kind of just like let loose and have fun and celebrate that we’re all going to be together again, you know?”

“Producers call me the Wild Child of drag race, so it’s definitely gonna be wild, and we’re gonna have fun! I’m gonna try to incorporate some like OG classics for the OG supporters, but also I’m in the process of writing like everyday so it’s just up to me at this point to see if I want to incorporate like, a lot of new music, some commerce and I think I just want to do like a human ball of all of it. And just like yeah, have a fun time. I want to stick some covers in there as well though, but it’s going to be with a live band so we can bring everything to life.”

Abuzz with pent-up enthusiasm, the pop star talks about touring over sea’s post-covid, “I’m just excited to come back. It’s been like two and a half years. I think almost three years. This pandemic has got everybody so crazy”.

Ecstatically elaborating, “to get wild and perform in front of a crowd again is super exciting. It’s so exciting to bring the band and live music to a live crowd. It’s been so long since we’ve been able to gather and now that the borders are opened up. It’s like, let’s just get weird and party on, you know, to have fun.”

Delano, who is no stranger to being down under, reminisces on how ticking the Sydney Gay and Lesbian Mardi Gras off the bucket list with fellow season six sister, Courtney Act, became one of her favourite memories, revealing it was a, “wild experience… we just had so much fun. We stayed up for like two days.”

Even admitting that she may have fallen in love, one or twenty times during her meet and greets. Cheekily professing, “that’s something I need to chill on.”

A hopeless romantic at heart, Delano confesses that it doesn’t take much for her to be wooed by fans, adorably admitting, “I mean, all it takes is like a cute little like, poem or like a rap or something. And I’m like, Oh, they wrote this for me… let’s get married.”

After becoming an overnight sensation and, for a period, even holding the title of most followed RPDR queen on Instagram, she confesses separating ‘Adore’ from ‘Danny’ initially got tricky as her stage persona took on a, “life of its own”, but is content with where she’s at right now, saying, “yeah, it’s half of my life. You know what I mean? Like, it’s undeniable, everywhere I go- I just stepped out to run some errands and somebody was like, ‘ADORE!’, and I’m like, ‘oh my god, I forget that’”.

Delano digresses, “I’m very grateful for that. So yeah, I mean, it’s my professional life and my personal life at this point. It kind of blends them together. So, we’re kind of turning into one two headed snakes, if you must.”

In a recent RPDR after-show episode of ‘The Pitstop’, host Monet X Change jokingly prodded Delano on what she thought about her S6 sister ‘Vivacious’ landing the hosting gig on the made up ‘Drag Race: Bosnia’, though a flat-out fabrication, Delano fell for the prank, making for a good laugh.

But, that got many thinking, would Adore host her own spinoff granted the opportunity? To that, she says “Only if it was in Bosnia, to be honest”.

As RuPaul continues pushing forward with his plot of world domination, churning out numerous spin offs in various locations, more queens have gotten the opportunity to return and compete in numerous all-star seasons (*cough, cough* Jujubee). This has led to avid viewers speculating if Delano, who controversially called it quits during her All Stars 2 run, would ever make a return?

She teases, “we have discussions, and little hints every now and then”.

“Like Justin Bieber says Never Say Never, and you know, we got to listen to The Biebs. Like, you can’t block yourself from future blessings, I say, ‘I take my life like day by day’. I think I would get in my way if I would say ‘no, never’, and I have such a good relationship with the producers, Ru and Michelle, so I’m very grateful for everything that they’ve given me in my career. So I mean, I cant say no forever, you know what I mean? The doors never closed.”

Adding that production are, “very, very cool people and, and I’m very grateful that we still have communication, and that they’re very open to the idea of even having me back.” 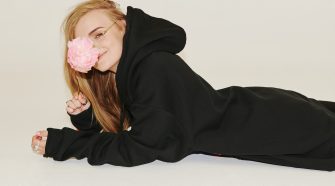