Entering the workroom and asking her fellow queens, “did somebody forget to take out the trash?”, Yuri Guaii (@yuriguaii) unequivocally proved that one man’s trash can be a Gaga of Gays’ treasure.

The 25-year-old – who was once seen as just another coo-coo crazy queen – made like Shangela, breaking out of her box and proving to the world that she wasn’t just the spooky girl of season two. In fact, over the course of five episodes, Yuri served up fierce facials and fierce fashion, and even delivered in the comedy challenges

Yuri proved to the world that she was THAT girl…or should I say, THAT Guaii.

If you’re still not convinced, please see exhibits one through six, below.

Starting drag at the ripe age of 18, the queen with a polish beyond her years discloses that towards the end of 2020 she had essentially quit drag. However as time wore on, Yuri just couldn’t help but scratch that itch once more. So, as Down Under S2 auditions commenced, Yuri jumped in headfirst, filming her audition in less than a week and very promptly clicking send. Then, when she found out she’d been cast, she thought, “oh, okay, this is actually happening now.”

“I was happy but also really scared,” she begins, “I was really nervous. It was just a whole mix of emotions. But I’m super happy that I made as far as I did. Honestly, I was just so proud of myself.”

Not one to colour between the lines, Yuri is adamant that she will never be defined by the labels other people push upon her. “I feel like my aesthetic is all over the place,” she says, “like, I’m not defined by one thing. I feel like Yuri is a lot of things; today I feel beautiful, [tomorrow] I could be a devil or I could be whatever I want.”

Prior to becoming an official KangaRu, Yuri claims that she really disliked being labelled a spooky queen, dur to the fact that, “I’m a little emo boy and I love performing to not campy pop music.” Post-Down Under, though, admits that she’s grown immensely, and simply doesn’t care about other people’s opinions anymore. In fact, she adds that being on the show taught her to be her authentic self and, “confident in everything I do.”

So say what you want because, “it doesn’t matter. I don’t care. I’m just gonna be me.”

Throughout the season, Yuri’s so-called inner saboteur often led the talented queen to second guess her choices. A little content warning here as Yuri candidly reveals that this was due – in part – to a number of situations she’s gone through in life. She elaborates on this, using her relationship with her ex-partner as an example, explaining that, “He was toxic and terrible and would always put me down and tell me that I’m nothing, that my drag’s terrible, that I’m terrible, that my voice doesn’t matter, that I should just stop talking, that it doesn’t matter, that no one cares.”

After coming to the realisation that the volatility she’d endured throughout the three-year long relationship was wrong, Yuri found the courage to sever ties with her ex, and began to slowly rebuild her life, confidence, and self-esteem.

While making tremendous strides in recent times, Yuri discloses that the echoes of the past still linger in the foreground of her mind, manifesting as that inner saboteur in the competition. And when it’s someone close to you telling you those things, Yuri says, “they just keep replaying in your head.”

But at the end of the day, Yuri says the only thing she would do differently is say to herself, “that voice, that person, doesn’t matter anymore. I am where I am, and I should not let my past interfere with my future and my art form.” 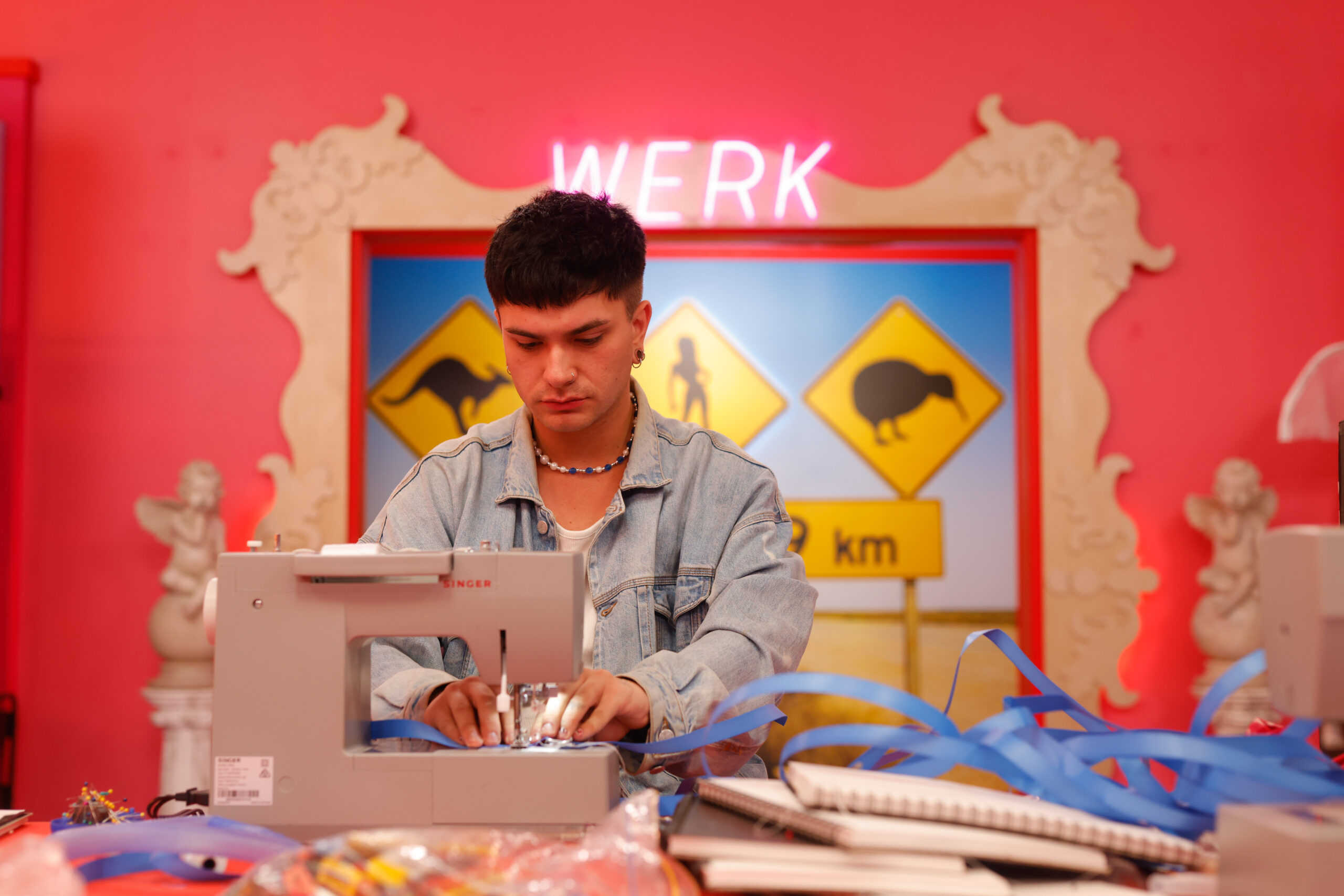 Another revelation Yuri made (in a very heartbreaking scene earlier in the season) was that her parents had told her they would never accept her because of her decision to become a drag performer.

Though a tough conversation to have with the group, she almost felt obligated to let others in a similar situation know they weren’t alone, explaining that, “the things I’ve gone through, I went through it for a reason.” She wanted to show others that, “I’ve been through that, and I am where I am now, and I’m doing what I’m doing,” because, “it encourages people to live their best life, and just to be them.”

For many queer people (including Yuri) the sentiment of, “oh no, I don’t want my parents to disown me,” is a common one, “but sometimes you must do things for yourself and be yourself. If that upsets the people close to you, then maybe it’s their problem,” she says.

Since departing from the show, Yuri reveals that she’s managed to reconnect with her family, spilling that they’ve now seen her in drag, and even watch Drag Race!

With glee in her voice, she declares that, “everything’s amazing. My parents support me 100% and they’re happy that I’m happy. Finally, after eight years of doing drag, I finally gained the love and support from my parents. Like honestly, it’s so like lovely and sweet,” she gushes before joking, “like ew gross RuPaul’s drag race bringing families together.”

As Yuri leaves the competition, she becomes the second New Zealander to get the boot, and fifth overall.

Though she’s gone, Yuri Guaii has proven that she isn’t just another spooky girl, she’s vers, and – as a matter of fact –always has been. You just had to take a closer look…specifically though that small circular hole in the bathroom of the venue in which she and Spankie host Drag Brunch.

Till next time, you can call me Rosamund Pike, because I’m gone(orrhoea) girl! 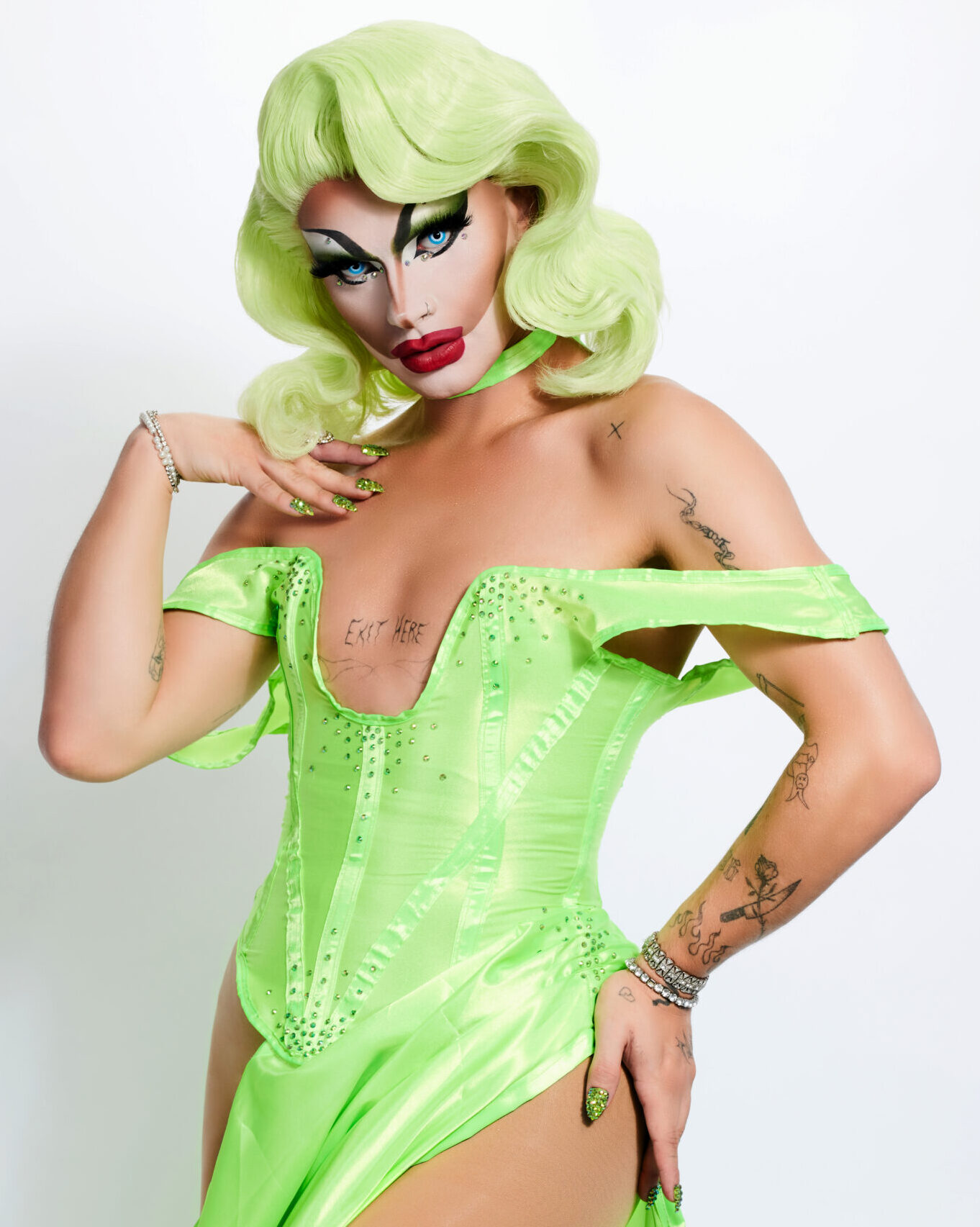 YG: Other than myself? I thought Aubrey [Haive] was really cute.

YG: I have to be a toss-up between my Red For Filth and my Praying Mantis look. I can’t decide.

YG: I don’t really know… I thought everyone was lovely.

7 Of Our Fave First Nations Creators 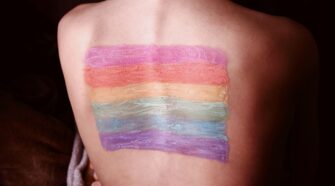