Have you ever looked at the bottom of an email, or looked at someone’s Instagram bio and wondered WTF does ‘he/him’, ‘she/her’, and ‘they/them’ mean? No, that’s not a glitch in the gaytrix, and no, they aren’t typos – those things are called pronouns.

Despite what some people may tell you, pronouns aren’t a thing that gays invented two years ago and proceeded to shove down our throats…that’s Lil Nas X.

Much like queer people, pronouns have been around forever, and they aren’t going anywhere any time soon. And you can’t do a damn thing about it!

To take it all the way back to primary school, pronouns are just words that we use to refer to people when we’re not using their name. Wow, what a concept. But WHY are pronouns useful, you ask? Unlike Scott Morrison, pronouns can be very useful and here’s why…

Pronouns are generally grouped by whether they’re ‘gendered’ or ‘gender-neutral’.

Singular gender-neutral pronouns (they/them) are not only grammatically correct, they’ve been around for centuries. In fact,  those cave-people were probably they/them-ing the house down boots (you can’t prove me wrong on that last one… so you’ll have to take my word for it).

Gender neutral pronouns are also a courteous and simple way to refer to somebody whose gender you’re unsure of.

Although neopronouns are far less common than their “traditional” counterparts, some people do use them.

Neopronouns can be used with – or instead of – any other pronoun we’ve mentioned in this article. However the most popular neopronouns were established in the late 20th century, they’ve been recorded in some English languages since the 18th century.

For a more in-depth explanation about neopronouns, click here.

HOW TO USE PRONOUNS

If you’re interested in trying out different pronouns, do like Nike and ‘JUST DO IT’. If they don’t connect with you, do what anyone whoever tried jeggings in the late 00’s did: retire them, or drop em’ off at Vinnies. This is YOUR choose own adventure game, and you get to decide how it goes.

After you’ve picking your preferred pronouns, it can be helpful to jump start your pronouns journey, with trusted friends and family members. If you’re shy, start small, and if you’re still making your way through school, you could share your pronouns with an internet friend. One step at a time!

Lastly, remember that you can ALWAYS change your pronouns. If you decide that a pronoun doesn’t vibe with you, that’s totally fine. It doesn’t matter how long you’ve been using them because, as the poet Pettifleur Berenger once said you can always, ‘Switch The Bitch’.

In all seriousness, gender affirmations are all about being happy with yourself, so do what makes YOU feel most comfortable.

Now that you’re an expert, keep in mind that International Pronouns Day falls on the third Wednesday of October, with this year falling on October 19!

Previous Being Gay & Legally Blind in 2022 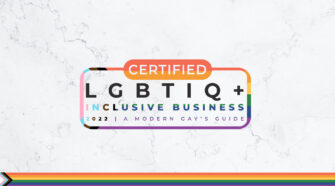