A Victorian bill banning LGBTIQ+ conversion therapy will become law after passing through the Upper House at around 10:30pm last night (4/2/2011).

The bill, passing 27 votes to nine, makes it illegal to try and change or suppress a person’s gender identity or sexual orientation.

Officially known as the Change or Suppression (Conversion) Practises Prohibition Bill, gives power to Victoria’s Equal Opportunity and Human Rights Commission to investigate and refer matters to police. It also attached hefty penalties for those caught trying to suppress or change someone’s sexuality by conducting suppression practices, including prison terms of up to 10 years and hefty fines.

The Victorian Upper House’s only openly gay MP (and low-key love of ours), Harriet Shing, made an incredibly emotional speech in favour of the bill, saying,

Shame is at the heart of the need for this legislation, and it is a recognition of this shame that has brought about the importance of a bill like this

A Modern Gay’s Guide cares about the mental and physical health of our readers. If you or anybody you know needs support, the following resources may be of assistance to you:

Previous CONFIRMED: RUPAUL'S DRAG RACE DOWN UNDER IN PRODUCTION & ON ITS WAY TO AUSTRALIA 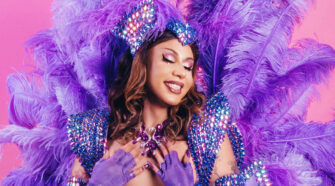