Presented by the low sugar, OG vodka seltzer baddies themselves, Smirnoff are this month featuring Naarm-based songstress, DJ and performer, Tanzer, as our LGBTIQ+ Seltz-Ar-tist of the month!

Yep, the famed vodka favourite, and subsequently the masterminds behind the brand new Spicy Margarita & Watermelon Margarita cocktail inspired vodka seltzers, have decided to use their marketing budget to instead promote an emerging LGBTIQ+ local musician, instead of using it for an ad up for themselves.

It really is big icon energy…which is impressive, given that their new Spicy Margarita & Watermelon Margarita vodka seltzers are only 107 callories per can. An impressive flex if we do say so ourselves.

Oh yeah, and it’s worth noting that this isn’t one of those performative one-off pride month flings. Nope, Smirnoff Seltzer are in it for the long-haul, committing to use their ad space to promote an LGBTIQ+ artist each and every month year-round…talk about a seltzer slay!

So next time you’re en route to a big gay gig, having the gals and the gays round for a drink, or meeting a sexy someone at the bar, feel free to grab yourself an equally sexy 7% ABV (1.4 standard drinks per can) Smirnoff Seltzer. 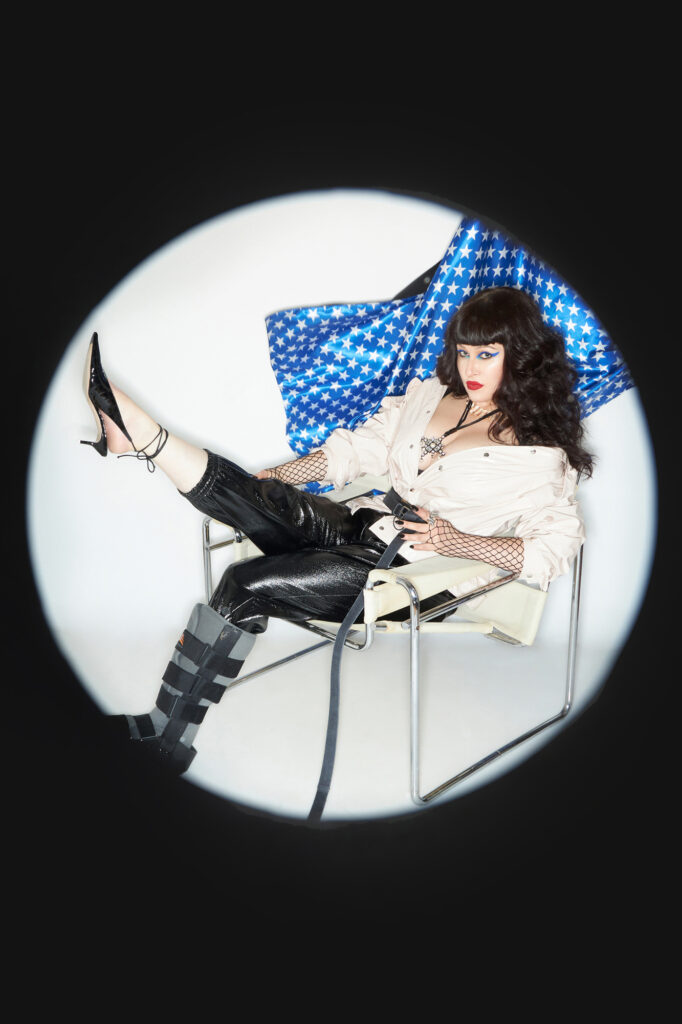 Self-described ‘weirdo from the suburbs’, Tanzer’s years growing up were split between cosmopolitan Europe and suburban Australia. Because of this, she says, “I began an extremely awkward coming-of-age process where I synthesised that early life into the proud, magnificent persona I aspired to become.”

Awkward as her younger years may have been, Tanzer (she/her) explains that – from day one – her gaze was set firmly on the limelight.

“I desperately wanted to be a singer growing up,” she says, “so I started fronting bands as a teenager…to varying degrees of success. This allowed me however to try out various personas, various genres, and various ways of expressing and exploring my own identity and message on stage.”

After years of self-discovery, it was time to introduce her first solo project, Project Tanzer, to the world. She explains,
“Tanzer is my mother’s maiden name. And I felt it was a fitting name because the women in my family were so instrumental in shaping the person I am today. They’re so fearless and so powerful.”

In the years since her artistic renaissance, Tanzer has proven that she’s so much more than just a singer. Limitless in her creativity, Tanzer says, “I love making music and I love singing. But I also love filming. I love creating a kind of escape, an experience via the ear-hole.”

As someone who grew up in the years before the turn of the century, Tanzer explains that her music is directly influenced by the ‘new wave divas’ of that era. “Growing up, my biggest heroes were mainly women who had that super outsider, super intense quality, with music that took you by surprise,” she says.

Like many of us queer folk, Tanzer divulges that, “my first proper obsession was with Björk. But I was really influenced by Kate Bush, Nina Hagen, Lene Lovich, and Poly Styrene, and they all informed me in terms of who they were. They were so singular, and so unapologetic, and so bold, and borderline terrifying.”

“And that’s something I wanted to embody.” 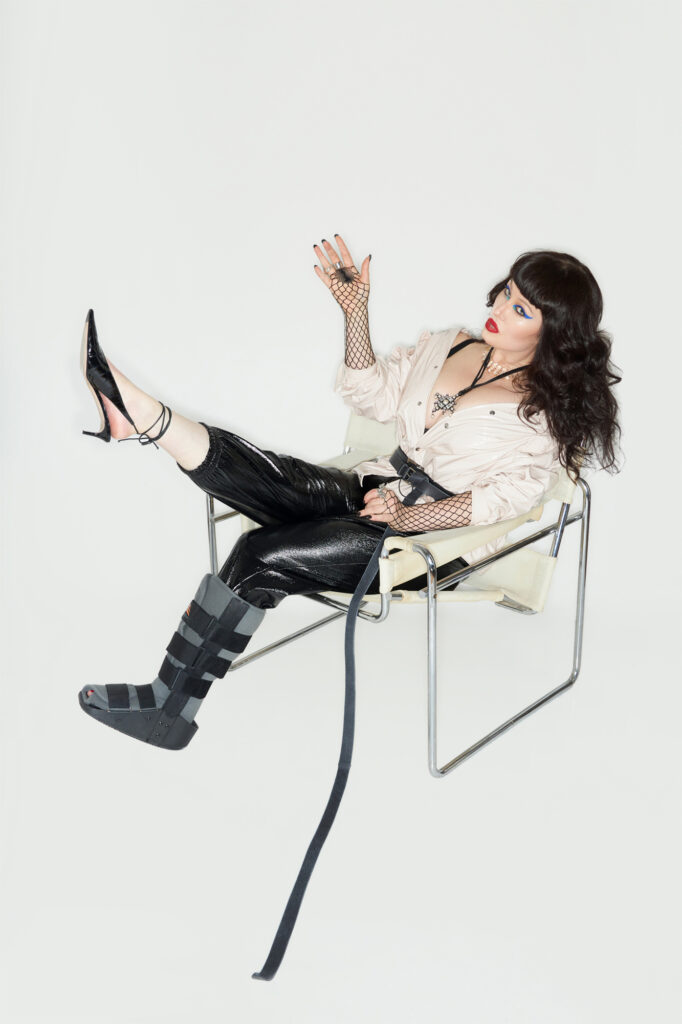 But Tanzer’s queerness has also played a large part in her artistic expression, too. “I think [my queerness] influenced my art before I even knew who I was,” Tanzer explains. “Very early on, I immediately gravitated towards the queer community. And I was always trying to be the most ostentatious, flamboyant version of myself that I could manage. You know, I would purchase vintage, vulgar showgirl costumes from eBay and from the market, and I would wear them when I was performing in my rock band. And I’d come out in my leotard with my big feathered shoulders.”

“I just felt a need to express that side of myself, particularly in that context. Like, within that world of alternative rock (borderline punk rock) I felt it really important within myself to express that I was this strange creature; that I wasn’t necessarily 100% like everyone else in that world.”

At this point in her life, Tanzer says her magnificence is at the point of no return. “I’ve lost touch with how ridiculous and camp I am. I’ve just gone so far down the rabbit hole.”

To support Tanzer and all of her ridiculously camp endeavours she embarks on, follow her on Instagram
(@tanzertanzertanzer).

A: Love Break at UBQ

This is the most recent story.