Home-grown Aussie comedian Rhys Nicholson, is the funny man known for both his signature red hair and quick wit, and has been a mainstay on the comedy circuit for a little over a decade now. He has toured both locally and internationally, serving up a steady slew of hilarious live solo specials – including his debut Netflix special, Live At The Athenaeum (2020) – and is continually reaching new heights within his impressive career.

If you’ve somehow missed it, Rhys is the latest judge to appear on the Stan original series RuPaul’s Drag Race: Down Under. Which is like, just, wow.

Rhys chatted to us about how bonkers it feels to be on the biggest television show right now, saying, “even though we’ve filmed it and it’s done, I still have to remind myself, ‘oh, that’s right, I’m on Drag Race’”.

He talks about the moment it felt ~real~, saying, “It wasn’t until I quarantined, went to the studio, got my hair and makeup done, sat down and started filming on the first day, where I saw myself on a monitor, and it was the drag race background, it wasn’t a zoom background, it was real!”

When applying for the position, the comic tried not to get his hopes up: “I found out I was on a long list. Even my agent said ‘don’t hold your breath – there are plenty of other people likely to get this job’ and I was like yeah, that makes sense.”

He recalls the moment he found out that he had been chosen to be a judge, “It was eight o’clock in the morning on a Sunday. I was hungover cooking bacon, and I can always smell bacon when I think of this…or I’m having a stroke…a delicious stroke… from all the bacon.

“It was my agent calling me, and I’ll always add this, if your agent is calling you before 9am on a weekend, that’s usually pretty bad news… they’ve found the old tweets #cancelled”

He further elaborates, “She said, ‘he’s picked you!’, and I didn’t understand what that meant because she didn’t add any context, and she’s like, ‘No, you’re the judge on the show,’ and I was like ‘What? WHAT?!’, and my partner Kyran walked in and I think I literally dropped the phone, because I was in another stratosphere. It was so not gonna happen.”

Though he had secured the job, the red-headed jokester didn’t tell anyone for weeks. In both fear of breaking his NDA and the fear of the uncertainty that came along with the hellish fever dream that was 2020. With him having cancelled his wedding not once, but twice due to Miss Rona, you can understand his apprehension. He says, “I just stopped telling people good news until it was actually happening.”

On Michelle Visage, Rhys says, “When I got the job, she started following me on Instagram a couple of weeks later. So, I messaged her and said, ‘Hey, new friend.’ She then sent me her number and we just started chatting.”

“She became very protective of me and wanted me to go into it comfortable, and frankly, I was f**king terrified I wasn’t going to do a good job. She put it on herself to make sure I did, and who knows, maybe I didn’t,”

Further professing his admiration of Visage, the comedian says, “Michelle is probably the most incredible and experienced TV presenter I’ve ever met. I would describe her as a fucking pro.”

On certain misconceptions about Mama Ru, he explains, “It would be very easy to think, when someone’s been that famous for that long and is at the level RuPaul is, you could be forgiven for thinking, ‘well, he’s probably going to be a bit of a showbusiness monster,’ and if he talks to me once, that’s fine. But he is 100% one of the nicest people in showbiz. He was so interested, I remember think- ing the whole time that Ru was very interested in my life, from where I came from, to what my taste in music is.”

Rhys goes on to say, “Ru is thought of as this kind of ethereal drag being but f**k, he’s funny! He’s really witty and silly. No one talks about how silly he is. He loves and is obsessed with Monty Python, if that gives you an idea – he’s that type of funny.”

The first-time judge confesses he was petrified that he was going to say one wrong thing to Ru, and he’d be fired. Rhys says, “It took probably the first shoot for me to not be giving performative answers to Ru. After a while, I just shook that off, to the point where there was a moment where I realised, I was teasing RuPaul about something and he was laughing about it. My favourite thing was to make Ru laugh during important bits. I’d just try and cut in to make him laugh…I usually succeeded.”

“The three of us kind of became this little merry band of people having fun,” Rhys jokes.

We know that bit*hing from the couch is easy, but the rookie judge says, “judging is harder than I thought,” adding, “I’ma queer man. I’ll rip someone to f**king shreds as soon as they’ve walked out of the room, but looking in someone’s eyes and saying, ‘this isn’t good enough today’, which happens from time-to-time, and some- times, the best queens fall the furthest, because they start to rely on things. So sometimes you have to tell them to ‘wake the f**k up,’” because reading is what? Fundamental.

The Drag Race fandom is quite notorious for having a passionate fan base (…and by passion- ate, I mean toxic). Rhys says to cope with that, he had to turn a blind eye: “I’m just not going to look at it, if I’m honest.”

He goes on to admit that his hands aren’t clean either, stating, “I’ve been guilty of it myself, as a Drag Race fan. At some point, I’m sure I’ve said something on the internet, where I’ve completely burned down someone that worked so hard on what they do.”

Rhys says he’s had similar reactions from the public throughout his comedy career. “People love something so much that they start to build this impossible expectation for it. And it’s like, what? We’re only moving as fast as you are. So, what do you want us to do?”

“On the last day, when the final group was standing there, Ru did this incredible speech to everyone, including me, I think? He basically took them through a ‘This Is What You’re About To Go Through And What’s Going To Happen’, so I do think they’re very serious about the support they give to the Queens.”

Rhys reflects on his time as a judge on drag race, saying, “you know when something happens in your life and you think, even when I’m very old, that will be one of the last memories that I lose. I reckon, I’ll be sitting in a nursing home and I’ll just be like ‘ahhhhhh drag race’.”

This season is sure to be a laugh-out-loud, fun filled extravaganza that highlights some of the best in Down Under drag. So racers, start your engines and may the best drag queen WIN!

And if you’re thoroughly enjoying Drag Race Down Under content – head to our interviews with winner Kita Mean, and nonbinary finery Etcetera Etcetera,

This first season of RuPaul’s Drag Race Down Under premiered on the 1st of May, only on Stan.

Next Racism in the Gay Community... An Open Secret

What’s On Brisbane // Igloos in the Valley @ The Wickham

Interview With Down Under’s Anita Wigl’it 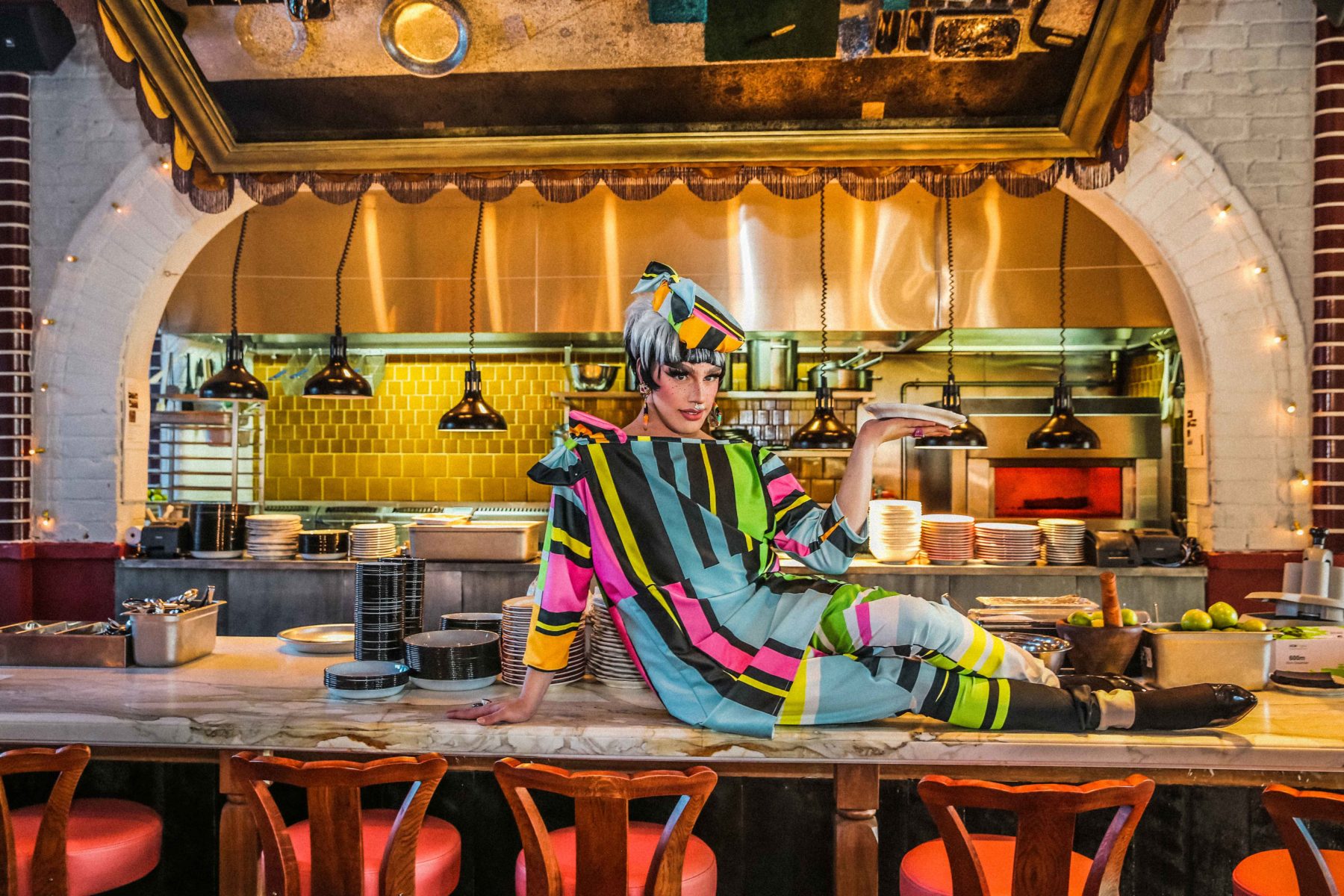