Lordy, lord! Get your minds out of the gutter – we’re not talking that kind of quickie you dirty gals! No, we had a quick chat with the fiercely camp and forever funny, queer stand-up comedian, Joel Creasey, to talk all things career, coming out, being gay in the spotlight and so much more.

Buckle up, it’s a bumpy ride.

If you’re not familiar with Joel Creasey, get a grip, seriously, you’re embarrassing yourself…

Okay, so maybe that was a little harsh, but seriously, let’s get you up to speed!

Joel Creasey is one of our absolute faves – he’s a Perth born stand-up comedian, who started his comedy career at the ripe-old age of just 15 – impressive right?!

He’s of course one of us, yep, ‘full blown gay’ as they say in the biz, and aside from his many, we repeat, many sold-out stand-up comedy tours, he is most well-known for hosting the Sydney Mardi Gras TV broadcast and the Eurovision Song Contest.

Oh yeah, and who could forget Joel’s time in the African jungle on the very first season of I’m a Celebrity Get Me Out of Here (Australia) where he bitched and moaned his way to the finals…certainly not us, that’s for sure.

So, what’s the stand-up comedian up to now you ask? Well, while most comedians sadly fell out of work due to the literal sh*t show that was 2020, this gay-getter (like a go-getter, but way more fab) went out and casually landed one of Australia’s top radio gigs with Nova Entertainment…talk about giving JobSeeker the flick, am I right!?

In September 2020, Joel joined Tim Blackwell (Australian radio royalty in our books) and Kate Ritchie (a girl that I for one am crushing on hard {@dad if you’re reading this, it’s a joke – I’m still 200% gay xx}) to form Nova Entertainment’s latest national drive show ‘Kate, Tim & Joel’.

To no surprise, Joel’s absolutely killing it across the airwaves, with the radio show taking out top spot in the show’s first radio survey, with around 1.5 million listeners – go you Joel Coco!

A Modern Gay’s Guide caught up with Joel to talk all things career, coming out, being gay in the spotlight and so much more – we hope you enjoy the yarn…

MGG: It’s so great to see more LGBTIQ+ representation in mainstream media – how does it feel to be able to play such a large part in that?

JC: Yeah, I think it’s really cool that Nova thought outside of the box for this one – choosing to replace Marty with me.

I thought that was really cool casting – I mean I’ve not really seen any other major radio networks doing that…or really any mainstream media do that too much at all, so I was really impressed.

The other incredible thing with radio is that I now have this huge reach that I certainly didn’t have before [being on-air].

I get amazing messages from people all over the country who are LGBTIQ+ identifying and I guess that little bit of normality of hearing me being on in the car each afternoon, really helps some people.

I guess [when you’re in the closet] every little bit of queer exposure helps.

So, yeah, I’m really stoked that I can play my part!

MGG: Do you have an interesting coming out story?

JC: God. I wish I had a great coming out story, something dramatic like running away for two weeks…I’d sell way more copies of my book, that’s for sure!

No, my coming out was a non- event. I kind of just said ‘hey, I’m gay’ to which my parents replied ‘cool’ and that was it, they just went back to watching TV.

I do joke, but I know that I’m very, very lucky. My parents have always been incredibly supportive …possibly too supportive, I mean I’ve even taken them to Poof Doof, Connections and even the Beat in Brisbane. I’m actually very lucky to have them.

MGG: Have you had to deal with much homophobia in your lifetime and how do you deal with it?

JC: I guess so, though I always say, and the way I think, is that it’s got nothing to do with you specifically, and you just have to really feel sorry for the person that’s throwing it your way and really just laugh at them because it just shows a huge lack of education in them.

I’m a camp man, and a proudly camp man at that, though unfortunately I think people often link camp with weakness, which is very much not the case. I’m quite an Alpha human, though I just happen to be outrageously camp – like I love the Spice Girls and all that crap. So although I really fit the camp stereotype, that doesn’t at all mean I’m ‘weak’ and I think that’s really important for camp people to remember.

Sometimes you just have to resign yourself to the fact that you can’t win everyone, so I just keep doing what I’m doing and as cliché as it sounds, being my most authentic self.

MGG: Do you have any advice for anyone up and coming – both in the comedy world and for younger queer people?

JC: Well for anyone thinking about going into or trying out stand-up comedy, I say do it. I’m a strong believer that everybody, no matter who you are, can do stand-up…or at least five minutes of stand-up, because everyone has a killer dinner party story. So if you’re thinking about giving it a go, do it, book a five minute spot and tell your best story, then if you can do more than five minutes, well that’ll prove if you’ve got what it takes to be a stand-up comic.

And my advice if you’re a young queer person thinking about coming out, once again, just do it, because honestly, it’s the best. It really is the best thing ever, and anyone that’s not supportive of you, well, they can just f**k right off.

SPEED ROUND WITH JOEL

Q: Go to coffee order?
A: Long blacks in summer because, well, calories. BUT in winter I go full mum-mode and would go a full-cream cappuccino…with roughly three litres of milk please.

Q: Favourite LGBTIQ+ venue?
A: This is a hard one. ‘POOF DOOF’ is my favourite club if I’m having like ‘a night out’, but there’s this pub in Melbourne called DT’s and I just really love it. I love the culture and the history and it’s just a really fun spot… especially on a Thursday night if you’re up for a bit of bingo!

Q: Go-to boozy beverage?
A: At a bar, either a Tommy’s Margarita or a Negroni, but at a club it’s a vodka soda…but make it a double, if not triple.

Q: Who’s your celebrity crush?
A: Okay, for a straight crush it would have to be Jessica Chastain…I’m weirdly obsessed with her. For a gay crush, although a little cliché to say, I really can’t go past Henry Cavill – he’s an absolute dreamboat…and by all reports so I’ve heard!

Q: Where’s your favourite place to perform?
A: I actually really love performing regionally. I feel like the smaller the audience, the wilder they seem to be. In saying that, there’s always a really satisfying feeling whenever I perform in Perth, as that’s where I’m from.

Q: Who is your favourite LGBTIQ+ artist?
A: This is an impossible one to answer, though two names are coming front of mind, after seeing both their shows super recently – Kirsty Webeck & Zoë Coombs Marr. Both absolutely incredible.

Previous Racism in the Gay Community... An Open Secret 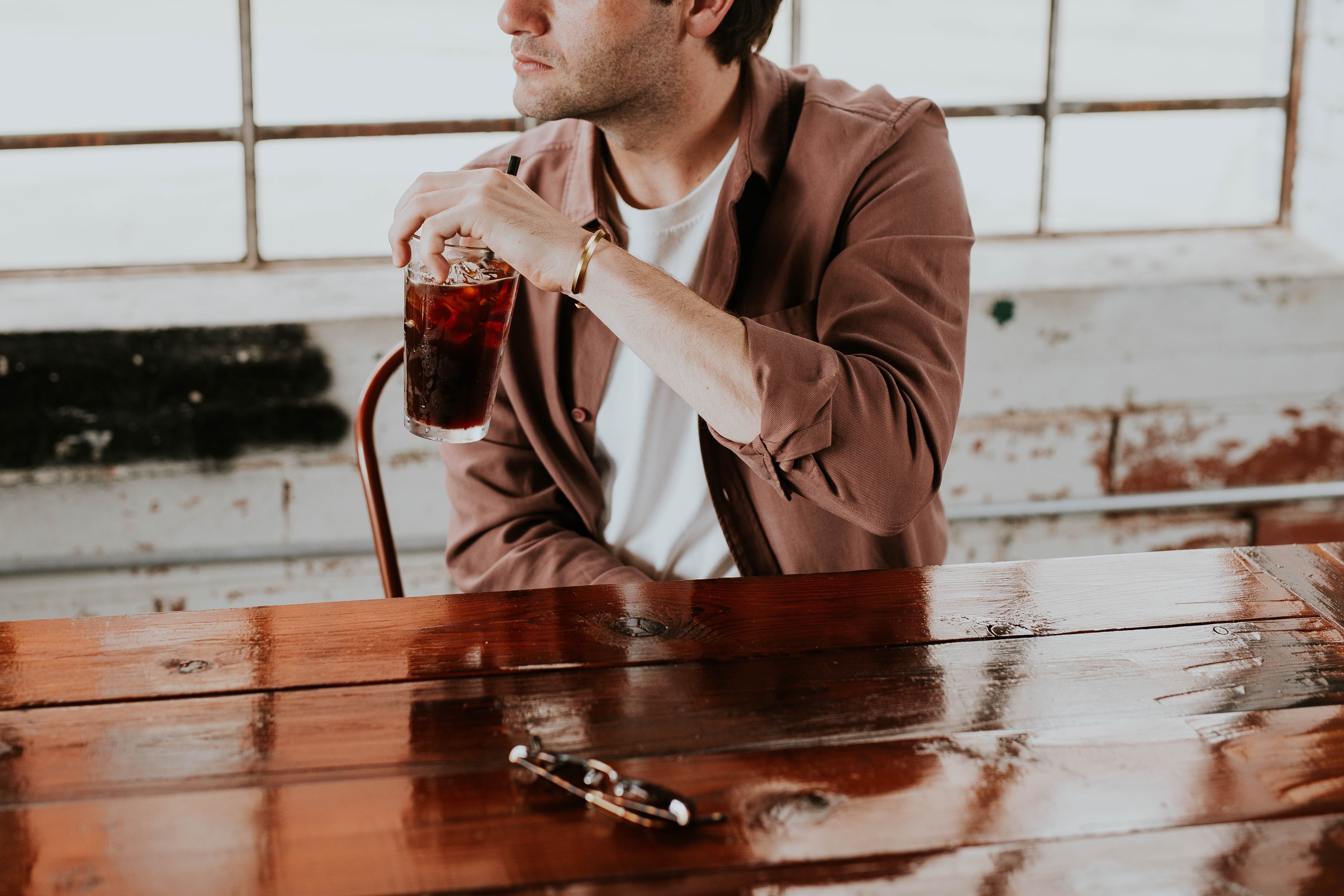