Coco Jumbo opens the library to read her fellow queens, talks all about eliminating Art Simone, *THAT* NOTE and the lack of POC representation this season.

Though her time on the show was short lived, the effervescent Coco Jumbo walked into the werkroom with nothing but her signature smile and little purple bag filled with shady confessionals, a lovable personality and the dream of becoming Australia’s first drag super star. Though she didn’t win the crown, what she did win was the title of ‘The Queen Who Eliminated Art Simone’ and the hearts of audiences everywhere.

Coco talks about the moment she found out she made the show, revealing that, “I was at home in my lounge room with my housemates, and I got the call saying that I was accepted. I was like, ‘oh, my god. Please give me a second’ and then ran to my bedroom, grabbed a pillow and just screamed and swore into it! I absolutely freaked out!”

Jumbo admits that winning her lip sync against Art Simone was bittersweet, stating “it felt amazing but after hearing her cry on the main stage [as she exited] – that was heartbreaking, because she was the biggest competition in the competition. Without Art Simone, there would have been no competition. She was amazing and she still is amazing, but god, it felt good to kick her out.”

The Sydneysider asserts that she rocked her final lip sync, saying, “after I was kicked off, I was feeling pretty down about it, because I felt like I did a good job but still got eliminated. Elektra was just able to do the splits so…” she jokes, “I’ve been practicing my splits ever since.”

With Jojo Zaho gone, Coco Jumbo was the only other POC queen to be featured on this season. Jumbo, who is of Fijian decent, proclaims that she was ecstatic to be the first Fijian queen to be a part of the Drag Race franchise. She does wish more POC could have competed, however, explaining, “I wish we had a Maori girl from New Zealand on the show. There could have been a little bit more POC representation.”

During this week’s episode, fellow queen Etcetera Etcetera found a cryptic note in Coco’s makeup bag with the words ‘WATCH OUT’ eerily scribbled on it. She divulges that she never found out who wrote the note and reveals the culprit is still at large. I think this may be a case only THE Nancy Drew of drag can crack! Anyone got Shangela’s number???

Coco Jumbo – who always lit up the screen with her infectious smile and bubbly personality – speaks on what makes her Coco Jumbo saying, “I’m a bit of a ditzy kind of person. I love to have fun. I don’t take things too seriously. I think life is too short to be held up on silly little things. I’m a ‘Live in the Moment’ kind of person. I like to have fun and get wild with everyone.” Did someone say Miss Congeniality?

The confessional queen of the season threw her fair share of shade, but states there’s a lot more to life, “I felt like I threw a whole lot of shade in the confessionals, but real life isn’t about throwing shade it’s about just being fun and being kind”

She goes on to say, “life is a party, let’s have some fun. Don’t take it too seriously. “

Sydney’s favourite show girl confesses that she would have loved to do the makeover challenge, teasing that, she would be giving us a Judy Jetson hooker moment. But her fave moment that she actually got to experience before getting the boot was, “lip synching in front of the judges and kicking Art Simone off.”

Just because her time on Drag Race was cut short, that doesn’t mean we’ll be seeing the last of her. A jumbo-sized serving of Coco will be heading to a city near you. She reveals, “Me and the girls, we’re going on tour very soon. We’re going around Australia in September, and then in October we’ll be doing New Zealand. Hopefully, when all the borders open, we can go around the world!”

The self-described Little Coconut says her time on the show was fun, stressful but she loved every single moment of it.

Here at MGG we like to give people opportunities, and since Coco didn’t make it to the reading challenge, we opened the library and gave her the chance to read some of her fellow queens.

Jumbo mischievously says, “I suck at reading but let’s try.”

First up was Elektra Shock, to which Coco replied, “Who? Alexis?”

To Maxi Shields, Jumbo jokes, “Good on Maxi shield for teaching the world that old dogs can learn new tricks.”

As for Art Simone, Coco says, “if there’s anything I love about Art, it’s that it’s great to look at, but not great to listen to,” … though we speculate she might have been referring to her own singing during this episode’s main challenge. #READ

And with that, the library is now closed!

Previous What is IDAHOBIT? 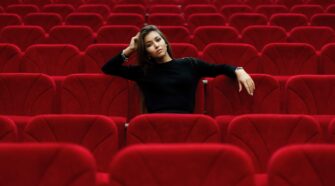