Let’s face it, winter in Australia isn’t exactly amazing – it’s cold, it’s slow and it seems to last a lifetime. So with LA Pride Festival just days away, and a very hot, very gay LA summer set to heat up at the end of June, it’s time to make like Miley Cyrus circa 2009, and hope on a plane to LAX…only this time with so much more than just a dream and a cardigan. Instead, with a little help from our pals at Discover Los Angeles, we’ve created your very own Gay LA Guide, complete with all things LGBTIQ+ happening across Los Angeles this summer. You’re welcome.

Making sure you’re up to speed, LA Pride Festival is held in West Hollywood during the first week of June each year. The famous celebration, which saw a record-breaking number of 170,000 attendees in 2018, draws tons of visitors annually, but many of them may not know that the City of Los Angeles proudly celebrates LGBTQ Heritage Month each June.

L.A. is home to a vibrant LGBTI+ community with a rich history in support and development of the queer community. According to a series of case studies in the Second Global Report on LGBTI+ Tourism by UNWTO and IGLTA, “destinations that make great places to live for LGBT people, make great places for them to visit.”

So here it is, your Gay LA Guide to a very hot, very gay, LA summer!

The Black Cat in Silver Lake is warm and inviting, with attentive staff, handsome design, good food and cocktails, and a fascinating LGBTQ History. Stonewall Inn in New York is widely regarded as the flashpoint that gave rise to the pride movement. However, the original Black Cat was the site of a peaceful demonstration that took place on Feb. 11, 1967 – two and a half years before the 1969 Stonewall riots. In 2008, the City of Los Angeles recognized The Black Cat as Historic Cultural Monument No. 939. LGBTQ visitors can’t come to L.A. without seeing this stunning location in person.

Catch One
Located in Mid-City bordering Koreatown, Jewel’s Catch One was the nation’s first black gay and lesbian disco when it opened in 1972. During her club’s 40-year run, owner Jewel-Thais Williams welcomed legends like Rick James, Madonna and the “Queen of Disco,” Sylvester. This buzzing and welcoming night club presents a varied bill of dance shows and live music for a freeing, fun and nonjudgmental experience for visitors and locals alike.

The Lavender Effect
The Lavender Effect and Out and About Tours run two popular LGBTQ walking tours in the L.A. area: SunGay Brunch DTLA Walking Tour in the heart of Downtown Los Angeles and SaturGay Brunch & WeHo Rainbow Tour in neighbouring West Hollywood. These boozy, educational and engaging tours are a perfect way to connect with new people and see the sights.

SLS Hotel, a Luxury Collection Hotel, Beverly Hills
Conveniently located on the Westside of L.A. and just minutes away from West Hollywood hot spots, SLS Beverly Hills offers a prime location for travelers’ LA Pride Month visit. The “SLS has PRIDE” package starts from $309 and includes VIP access at The Abbey Food and Bar, Complimentary transportation to The Abbey, Complimentary WiFi to share all the highlights of the experience and a table for two at Tres SLS by acclaimed chef José Andrés. Prospective guests may book online with the promo code PRIDE. 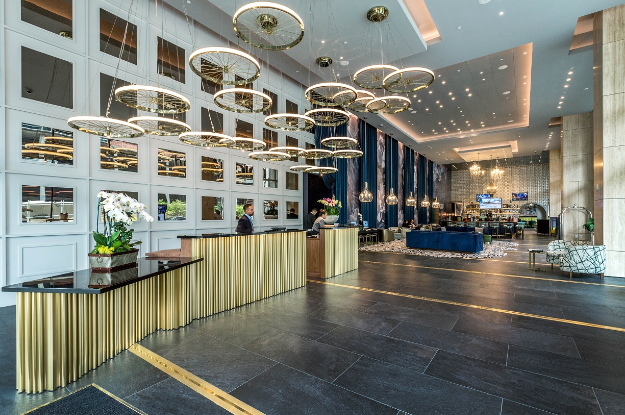 promoting LGBTQ friendly offerings and experiences around the hotel. Beginning in June and running through August, the package will include Indigo Blue Brunch, a weekly brunch menu with rainbow themed dishes and drinks where a portion of the proceeds are donated back to a to-be-determined LGBTQ charity, Practice for Pride, a weekly yoga event on the hotel’s pool deck, and Walk in our Shoes, a LGBTQ self-guided walking tour of DTLA.
Marriott Beverly Hills
The Marriott Beverly Hills will offer 2,000 bonus points for rewards member guests who book the weekend of June 7 – 9 and say they are in town to show their “Pride” when they check into the hotel. As part of the larger Marriott Loves Travels LGBTQ initiative, the brand is making strides to always offer a welcoming and inclusive stay for members of the community.

Well, there you go – your very own Gay LA Guide. Now, go, my children and have a Hot Gay Summer. You deserve it. 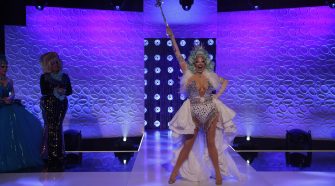