That’s where we come in. In the next few paragraphs, we’re going to give you the 4-1-1 on conversion therapy so that next time you see it in the news, the next time someone asks you about your take on the issue, or the next time you’re asked to give an explanation on the topic, you’ll have the tools to do so.

Conversion therapy first and foremost is a pseudoscience. That is, it’s fake; it’s not real science. It was formed on the assumption that queerness (although homosexuality, bisexuality and transgenderness in particular) is an illness, and that an individual’s queerness can be ‘cured’ using psychological, physical, and/or spiritual interventions.

Included in these interventions are milder practices like talking therapy and prayer, alongside much more severe practices like exorcisms, electric shock therapy, food deprivation, and forcing patients to take nausea-inducing drugs. In its early days, some even practiced lobotomies on gay men to try and ‘cure’ their homosexuality.

Supporters of conversion therapy, however, wholeheartedly believe in the pseudoscience. They report figures of 50%-100% of their patients being ‘cured’ after undergoing the therapy. In reality, however, this couldn’t be farther from the truth.

Reputable, peer-reviewed studies confirm what we already know. They come to the conclusion that these therapies may occasionally result in some temporary behavioural changes in some individuals, but that these changes in behaviour are more than likely the result of the patient becoming shamed, conflicted, and fearful about their homosexual feelings, and not the result of any of these methods actually working.

As for where conversion therapy is and isn’t outlawed, things are changing on the daily. In Australia, it was deemed to be a matter for the states and territories (Scott Morrison passing the buck again? Surely not). This means that, as of February 2022, conversion therapy is outlawed in Queensland, the Australian Capital Territory, and Victoria. Things are similar in the United States, with only 24 of their 50 states having banned the practice. In the United Kingdom, the matter is still being discussed.

Of course, while outlawing conversion therapy is the ultimate goal, we need to ensure that our representatives are creating and amending laws that are watertight (with no loopholes), and we need to make sure that the people leading these abhorrent practices are penalised. Because what’s the point of outlawing it if it doesn’t include the entire community, or if words like “informed consent” are written into the laws?

Next The Religious Discrimination Bill: An Open Letter 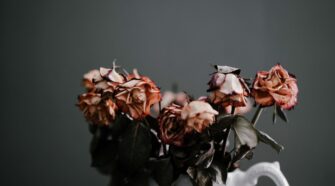