Writing the country’s unofficial pride anthem at 23 is quite a feat, but Alex the Astronaut (@alex.the.astronaut) is only just getting started.

The Sydney based singer-songwriter flew the rainbow flag proudly when she released ‘Not Worth Hiding’ in 2018 (as Australia was debating marriage equality) and the emotional song even attracted the attention of another gay icon, Elton John.

It was a hugely important song for the LGBTIQ+ community but since then, audiences everywhere have been magnetised by her storytelling talents, her stirring folk-pop music and her rare ability to tap into what makes us human.

Over the years she’s tackled big issues like domestic violence through her music, but also little ones like, when does my parking ticket expire?

Now she’s releasing long-awaited new music, with her charming track ‘Airport’ which is all about those ‘Love Actually moments’ and reuniting with someone after a long time apart – something many of us experienced during COVID.

It was inspired by a trip she took to the US last November to visit her dog Martin, who she hadn’t seen for four years, and which she described as “the best reunion ever”.

In true Alex the Astronaut fashion, the chorus soars and it’s a detail-driven story about two former lovers with a complicated history. It’s about making mistakes, being afraid, revenge but also about turning a Phoebe Bridgers song off because you’re jealous of her talents.

‘Airport’ proves Alex writes love songs like no other and has a knack of making hearts swell with her romantic lyrics, but this superstar is inspired by much more than just love.

She never shies away from big, philosophical life questions that you don’t always hear in music and she always invites her listeners to think deeply about how they live.

In her recently released track ‘Growing Up’ she explored how age can sometimes jade your views on the beautiful things in life and asked how the world sees her – “If you painted me what colour would you make me?”

She says she is “obsessed” with details and eternally curious about humans – attributes she credits to her autism, which she spoke openly about for the first t¬ime last year.

“While my friends hated school or uni, I think my brain is just wired differently.” 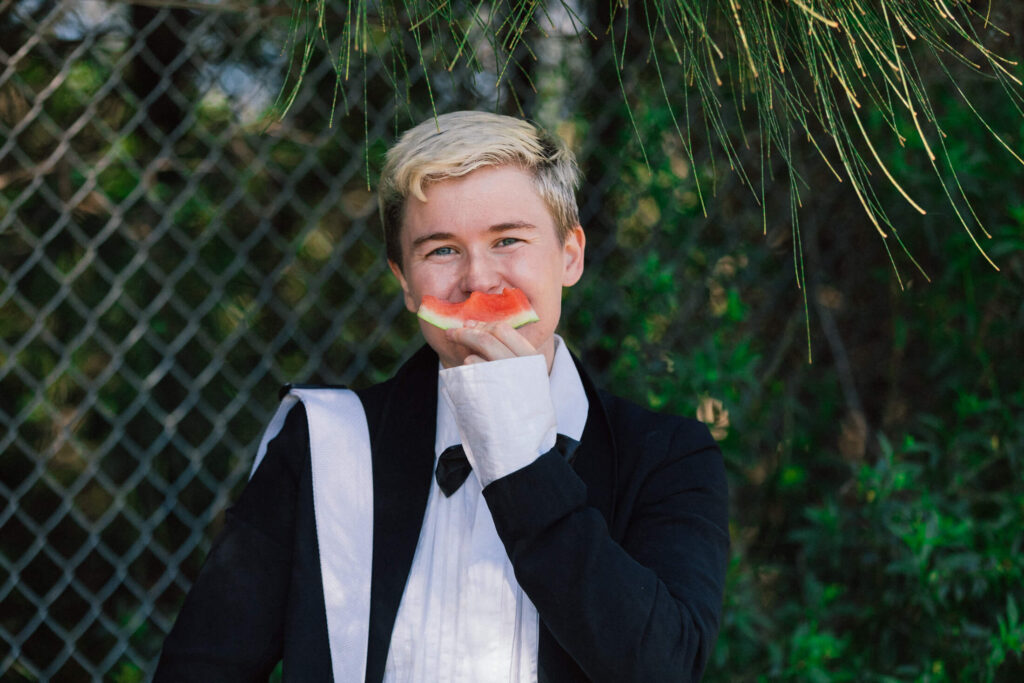 Alex, who has degrees in maths and physics, decided to reveal she had been diagnosed with Autism Spectrum Disorder (ASD) during her first ever try at stand-up comedy, which she described as “terrifying”.

In her performance, she likened telling people she has autism to coming out as gay.

“Now I understand it doesn’t really change anything, it’s just understanding yourself, and I think everyone could do with a bit more of that.”

Alex admits for some time she wondered whether people could tell she had “a deficit in one area” and was self-conscious about her ASD so “over-corrected” her behaviour.

But fortunately she’s worked through all these initial feelings and come to realise that she in fact has “special skills” that people without ASD often don’t have.

Alex, who played at Dylan Alcott’s fully-accessible ‘Ability Fest’ last year, says her eyes have been opened to other people’s needs and she feels honoured to hear so many of her fans’ stories about autism.

“I feel like I’ve just learnt so much about accessibility and different people’s experiences in life which I should have thought more about but just never understood … it’s actually been a really good thing.”

The 26-year-old has always been heralded as an optimist due to her sunny outlook and sense of humour (which has recently made her quite the big deal on Tik Tok) and her loveable, effervescent personality shines through immediately in conversation.

Although she believes optimism is “the only way to be”, she is also acutely aware of how “toxic positivity” isn’t helpful. On the flip side, she says sometimes she can veer too far to the dark side when she’s trying to find her equilibrium.

“I have to fact check myself … sometimes I listen back to my songs and feel I’m being too pessimistic about the world and sometimes it has to go the other way and I’m being pretty positive and I have to go ‘well that’s not what’s happening, that’s not realistic’.”

“With lockdown for example, some people learnt CrossFit and baked bread and those are good fun skills to learn but overall it’s been a massive traumatic event.”

This reality checking was pertinent in the coming out hit ‘Not Worth Hiding’ when Alex acknowledged through her lyrics that some people’s experiences with coming out are nothing like hers.

Alex acknowledges her privileged upbringing and says she was lucky to be supported through her coming out process.

“But it’s mostly pretty horrible and traumatic for people to come out … and for me it was too, but it wasn’t as traumatic as some people who lose their homes or lose their lives.”

The world is still a homophobic, biphobic and transphobic place, Alex says, and people’s struggles must be validated.

Although there was a time when she didn’t want a single soul to know she was gay, she now feels confident and comfortable and credits the queer community with becoming more accepting in recent years.

“I don’t really worry as much, it just feels more inclusive, that’s where it has changed for me. When I first came out it was much more about labels.

“Now I don’t have to think about it as much, it’s a privilege.”

Alex believes gender and sexuality is something you are constantly discovering your whole life and looks forward to exploring that process.

“It doesn’t feel like there has to be a destination, which is a bit fun.”

Q: Favourite song to sing in the car?

A: Come on Eileen by Dexys Midnight Runners

A: Roast potatoes and mac & cheese.

Q: If you weren’t a musician, what would you be?

A: A scientist. I studied science so feels like the right thing.

Q: Biggest pinch me moment of your career?

A: Paul Kelly inviting my band and I to perform ‘From Little Things Big Things Grow’ on stage with him. We just turned into eight-year-old kids, we couldn’t cope.

Q: How would you describe your style?

A: I don’t really wear skirts and dresses and floral is not my thing but that’s probably the limit. Every day is usually shorts, t-shirt, socks, sneakers…that is usually the recipe.

Q: LGBTIQ+ role model you look up to?

A: G Flip, they are just so beautifully creative, funny, open to the world and caring. Their journey has made a huge difference for kids to see someone in that pop world who is authentically themselves. If there was an award for the hardest worker they should get it.

Q: Does anyone ever think you’re actually an astronaut?

A: Kids get really confused and sometimes I just lie and say I am.

Next Living with HIV: Now And Then 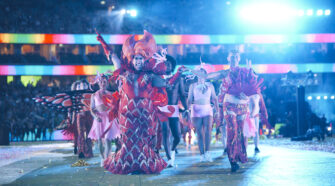