**DISCLAIMER: THIS ARTICLE IS A LITTLE MORE ON THE FRISKY SIDE – SO IF YOU’RE UNDER THE AGE OF 18, THIS ONE IS NOT FOR YOU XX**

If you’ve logged onto Grindr (or Tinder, or Scruff, or any of the multitude of other hook-up apps available) at any point in your life, you’ll be familiar with a few things. Of course, the majority of people on Grindr are unhealthily obsessed with looks – if you’re not skinny and white, you will be harassed about it (no questions asked).

Now, there’s nothing wrong with this. People are entitled to their sexual proclivities, you know? In fact, let a thousand blossoms bloom as far as we’re concerned.

Yes, that was a Bob Katter reference…and impeccably placed if you ask us.

With these questions being asked so frequently and so early in conversation, it’s easy to think that the gay gals and gay guys of today are OBSESSED with finding out the intricacies of a stranger’s ~sexual proclivities~.

But what if we told you that this interest in a potential partner’s preferences is nothing new?

The Handkerchief Code (also known as The Hanky Code, The Bandana Code, and Flagging) is/was an inconspicuous and ingenious code frequently used by gay men in the 1970s, which means that we’ve been subtly informing each other of our preferences, our kinks, and our fetishes for at least 50 years.

However, the code is much more complex than that.

Before even positioning their handkerchiefs, they would have to pick a colour, with every colour of the rainbow indicating a kink and/or fetish. For example, if somebody wore a light blue handkerchief in their right pocket, they’d be indicating two things: that they’re into oral sex, and that they’d prefer to be on the receiving end of oral sex.

Then all they needed to do was find someone with a light blue handkerchief in their left pocket and voilà, it was as easy as that.

Regardless of its origins, The Handkerchief Code is said to have been popular in the US, Australia, and large parts of Europe for many years.

Over the years, the code grew so popular that in 1983 American author Larry Townsend published the second edition of his Leatherman’s Handbook, which included a comprehensive list of all the colours and their meanings.

And while the Handkerchief Code experienced a lull in popularity, several groups have recently begun to revive it, like a queer art collective in Los Angeles who created a series of new handkerchiefs for an art exhibition several years ago.

(SOME OF) THE OG HANDKERCHIEF CODES, AND THEIR MEANINGS

Previous Wait... Is She Your 'Girl Friend' Or Your 'Girlfriend'?

Next I Kissed A Girl...And I (Really) Liked It

Racism in the Gay Community… An Open Secret 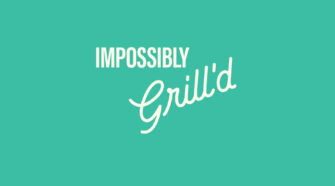