During Pride Month, the Queer community are gifted with an unbelievable amount of offers, events, and celebrations. And you know what? We deserve it.

One such event – ‘Powerhouse Late x Vivid Ideas: Queer Sydney’ – is being held at the Powerhouse Museum in Sydney’s inner-city suburb of Ultimo.

A celebration of Sydney’s LGBTQIA+ history, ‘Powerhouse Late x Vivid Ideas: Queer Sydney’ explores the lineage from the original Mardi Gras 78ers to now, before ending the night with a little ‘Disco Conversion Therapy’ and a big ol’ party.

Through a program that combines serious with camp, audiences are encouraged to consider various perspectives that have influenced the culture of the diverse LGBTQIA+ community through drag performances, talks, short films, archival footage, and photos of Sydney’s queer party scene.

QTopia, a permanent space on Sydney’s iconic Oxford Street will be launched at this Vivid Ideas event. It will host permanent and temporary exhibitions that explore the LGBTQIA+ community through the transformative storytelling, history, culture, art, and contemporary issues.

Sydney-based DJ duo, Dollar Bin Darlings will present Disco Conversion Therapy, a lecture on the history of disco, which culminates in an interactive disco and parade at the Powerhouse bar.

Oh, and what makes the event even better is that it is free of charge.

Yes, you read that right – as part of Vivid Ideas x Powerhouse Late, the event is entirely free with no bookings required.

For more information, head to the Museum of Applied Arts and Sciences website.

Previous The ABCDE's of Tequila 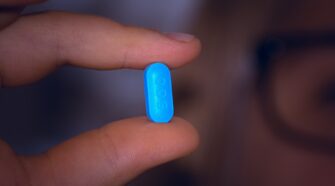