If you’ve been laying low, or maybe just fresh to the dating scene, you may not be familiar with the term ghosting, but hun, I’m going to go out on a limb here and say that you’ve probably experienced it.

We’ve all been on the receiving end of this at least once, but for most of us, a lot more than once…a LOT more.

Ghosting is where someone, usually a romantic interest, stops talking to you, without any explanation as to why. Most of the time it’s after you’ve gone for a date with someone, you’ve had a pretty great time and thought ‘that went well?!’. So the next day or maybe even that night (you keen little bean!) you’ve sent a post-date text, but alas you don’t get a response.

You then leave it a couple of days and before shooting your shot again with another text. You’re thinking ‘maybe they’ve missed it’, when you know they haven’t missed it, but you really hope they have. No surprise, they don’t text back yet again…but now you really know.

Other times it’s when you’ve been chatting to someone online, maybe a dating app? You make the bold step of organising a date, not looking too keen, you plan it in a week or so – they say yes (success, go you!). However, as the night gets closer, you check in to make sure everything’s still a go…but all you get is radio silence. Now you’re not sure whether to make other plans or keep the night free? You keep it free regardless in the hope it all works out. The night rolls around and still nothing, except you didn’t make other plans as you thought they’d come through, so now you’re left doing nothing with your night. The worst – you could have organised margaritas with the pals if you had known?!

You’re now feeling pretty average, your self-esteem has taken a pretty big hit and if you’re like me, you’re already on the phone to your best pal talking absolute trash about *insert ghosting boy/gal’s name*.

Now, let’s talk ditching. We’ve all been in that scenario where you’ve made plans with a friend, or even a group of friends that you’re really looking forward to. You’ve organised a night out with one of your pals, got yourself some fresh threads to ensure you look fly AF, booked in for a boozy dinner, or for the parents in the room, you’ve organised a sitter, and mentally you’re absolutely psyched for a fab night out.

But, often like clockwork, a text/call comes through the day before that expresses this sentiment: ‘Hey X, I’m SOOO sorry – I completely double booked myself for tomorrow night!! I’m going to have to cancel, maybe we could raincheck?’.

No surprise, like being ghosted, you’re feeling a lot of the same feelings. You’re pretty disappointed that the night you’ve been looking forward to has fallen through, you spent money on an outfit that’s no longer needed, and end up spending the night you were so excited for, doing nothing.

Finally, let’s talk no-shows. No-shows are those friends that say they’re coming to your group events, but never seem to make it. They’re the friend who texts you during the event, or just before saying ‘Hey babe – so sorry, I’m not going to be able to make it tonight! Have a blast without me xx’…or if they’re really slack, they don’t let you know at all. We all know those friends – love them, but they kill you.

If you’re at a venue, you’ve now got empty seats at your table. If the event’s at your place, you’ve probably over catered or maybe didn’t invite other people as there wasn’t enough room, and you’re left feeling beyond disappointed in your friends. If you’ve had a few no-shows, you’re probably feeling a little embarrassed, too.

We’ve all been ghosted, no-showed and also ditched…but I’m going to guess that we’ve also all been the ghost, the no-show and the one to ditch. So, how do we stop this cycle and show a little TLC for those around us?

1. SHOW UP WHEN YOU SAY YOU’LL SHOW UP

This is without doubt the easiest to say, but actually a lot harder to do. We all do it, we organise plans weeks in advance, with every intention of going, but as the plan gets closer, life gets a little busy. We’re exhausted from work, we’ve got a full-on weekend, we’ve got chores to do at home and it just becomes easier to cancel the plans all-together. Easier for us that is, but what about that friend that’s really looking forward to the plan, who maybe has had a rough week and needs this catch up more than you know. If you make a plan, you’ve got to stick with it.

Use innovative tech to back yourself and your plans when organising events. Recently launched social event organising app Smylee is a new Android and iPhone app which makes organising social events easier, whilst also keeping your friends accountable to show up to the plans that they say they will.

How it works is; the event organiser (you) organises the event all within the Smylee App and when doing so chooses a charity partner and sets a ‘pledge’ amount (anything from $5).  From here your RSVPs start to roll in with your guest(s) saying they’ll be there, and in turn agreeing to donate the pledge amount if they don’t show up as planned.

On the night of your event their phone’s GPS location confirms they’re at the event location or with you as the organiser. If they show up, they get to keep their pledge amount, but, if they don’t show as planned, their pledge is automatically donated to the charity that you have chosen. The app has been developed to create positive connections. They have the option to donate anyway when they show up, if they are wanting to do something positive for the world.

All of this of course doesn’t guarantee that your guest(s) will definitely show, but it adds that little incentive to ensure they don’t pull out with another excuse, all while helping out an Aussie charity in the process, and not to mention making it easier for you to organise the event in the first place.

If you feel the need to ghost someone as it’s a no-go in your eyes, if you know that you’re not going to be able to make an event in the future or do have a genuine reason as to why you need to ditch last-minute, communicate, communicate and then communicate some more. People will be let down, disappointed and low-key upset, so be apologetic, be gentle, be kind. It’s not rocket science, folks.

Previous Who is Courtney Act? | Getting to Know Drag Superstar Shane Jenek!

Next Who is Jack Vidgen? | 5 Minutes with Jack!

A Gay Royal Wedding?! Who Woulda Thunk It

A Modern Gay’s Guide to the Sunshine Coast 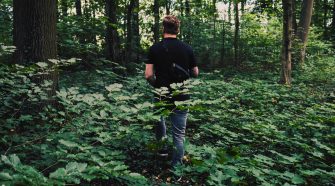