Art Simone speaks on the worst day of her life, the fairness of the competition, representing Australian drag and more.

One of Australia’s biggest drag exports and Melbournian, Art Simone, has risen to the forefront of Australian drag over the last few years. Starting her career over a decade ago, Art Simone has blazed a trail for the ones behind her. Though her time on ‘RuPaul’s Drag Race: Down Under’ was short lived, she stunned with her amazing runways and went out in an emotional thunderstorm which ended with the now very, very, memorable catchphrase, ‘THAT MEANS NOTHING!’

“My face was full of pain and I’m like ‘ahhhhhhhhh’, and I then I was like ‘wait don’t move your face too much, the product needs to sit there!’ It was very exciting, and then that’s when it all started.”

Going into the competition with the biggest social media following, Art Simone talks about whether there was pressure to do well, stating “I should say no, but definitely yes. I walked in with so much weight on my shoulders. As soon as they announced the show. Everyone was like ‘Yeah, she’s going to get favouritism, she’s just going to be taken to the end.’ Like, not even in the slightest, there was no preferential treatment whatsoever. So, it was really stressful.”

Art, who had to lip sync against Coco Jumbo, says that it wasn’t a fair fight, “the lip sync track hindered my performance in the lip sync. They cut out the full edit, but the edit that we had to lip sync to, had the bridge with the lyrics ‘too black for the whites and too gay for the blacks’ and they cut it out in the episode, which is not exactly a fair playing field, if you asked me.

“I still had to try and work it in my own way. So, I fought, and if it looks like I’m not giving in that lip sync, just look at the material. That’s all I’ll say.”

In reference to THAT emotional exit from the show (one that’s definitely going down in the history books), Art says, “that was the worst day of my life, because my life is drag! I knew I didn’t deserve to be in the bottom. It was just so confusing and gut wrenching. I was so upset.”

“I think it’s so refreshing that for the first time there’s actually real emotion on Drag Race, and not just ‘oh, thank you so much for having me. It’s been wonderful.’ A lot of the performers go onto drag race scared of the fandom. So, they filter themselves. I could have sucked it up and smiled. But that’s not how I felt.”

As for her iconic ‘That means nothing!’ comment, she playfully says “at the end of the day, we got a meme.”

Though the support from fans has been overwhelming, the dynamic diva who famously uttered ‘I’ll never live this down’ after her shock elimination says, “I’m my own harshest critic. I think mentally, I will never be able to live that down in my head. I experienced the worst thing to happen to my career that day.”

As a self-described ‘good-time gal who likes to have fun and talk shit’, Art insists that she walked into the ‘Werk Room’ wanting to give the world a glimpse of what Aussie drag is. She didn’t want to do an American version of an Australian drag queen either. She simply wanted audiences to get a taste of the real Down Under flavour.

Art Simone, in all her beauty and elegance, is both proud and grateful to have shown that she can look pretty, while also being a crass Australian bogan.

When asked if the right Queen got sent home this episode, she pondered for a few moments and said, “I’m not going to tell you who should have gone home. I just knew I shouldn’t have been in bottom. The rest would have been up to RuPaul.” While looking herself up and down, sitting in a dark room surrounded by wigs, she jokingly adds, “Obviously, I’m delusional. Look at me, I’m a nut job! So, who cares what I think? I’m stupid!”

Confessing her admiration of her fellow contestants, Art adds, “these are the type of people that don’t do drag just to be like, ‘I want to be pretty, and I want people to love me’, they do drag because they love drag. They eat drag, they sleep drag, they sh*t drag. They just love it. So, it felt so special that they were coming into the Werk Room and onto the world stage to showcase their talent.”

The ARTist admits that her favourite part of filming the show was being on the runway in front of the judges, saying, “It was like watching your favourite TV show, but in person.” She then adds, “Ru looks just as beautiful in person than she does on camera. That’s what I was most shocked about. I can’t even begin to explain to you how beautiful, gorgeous, statuesque and amazing she looks in person. It makes you feel really sh*t about yourself!”

Leaving so early in the season, Art didn’t get to showcase the many looks she had in her drag closet, teasing that she had many fabulous fits and gags planned.

Though Art Simone’s time on Drag Race: Down Under was cut short, the drag queen says she wouldn’t do anything differently.

So, until next time, ‘THAT MEANS NOTHING!’

RuPaul’s Drag Race Down Under is available to stream in Australia exclusively on Stan.

Next What is IDAHOBIT? 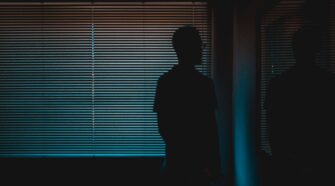